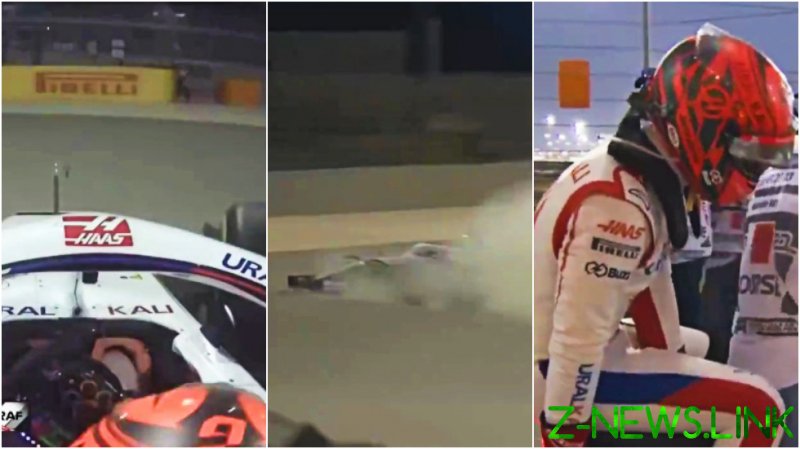 Mazepin was left furious by the early crash at the season opener, which came after he spun twice in qualifying.

Making his debut in the championship, the 22-year-old was left to rue a disastrous exit after just three corners of the race.

“Very simple – I made a mistake,” he said afterwards, adding that the tyres were cold and he mounted the kerb while adding excessive throttle.

“Obviously, there are always positives to take. My days on track are very long. They include loads of things, so the learning experience is obviously there.

“You learn a lot during the days. You have your ups and down, but this is one of the biggest downs, but that’s life.”

The youngster was mocked by social media jokers with a deluge of memes. “Mazespin is going to ruin every single GP this year,” jibed one.

Not everyone was keen to join the pile on, though. “Anybody who is happy to see somebody go flying into a wall needs to see a therapist. Like Mazepin or not, you shouldn’t wish any harm on him,” warned one.

Mazepin, who partners Michael Schumacher’s son, Mick, at Haas, will have to live with his shame for at least three weeks.

His next opportunity to at least make it to the second lap will arrive at Imola in Italy.

In a taste of what fans expect to be the key battle for the crown in 2021, Hamilton was almost pipped by Dutch rival Max Verstappen.

With five laps remaining, though, Verstappen performed an illegal manoeuvre, having also mistimed a pit stop.

Pulling back ahead of Hamilton at Turn 4, Verstappen came off the track when performing an overtake.

This led to his Red Bull team asking Verstappen to allow his rival to reassume the lead in a set of blunders to rival Mazepin’s.