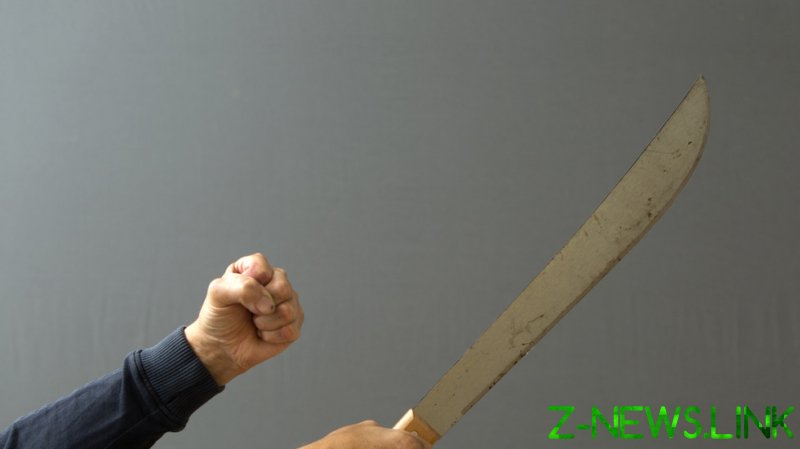 A deadly rivalry between two gangs in West Papua’s Sorong City ended with one person stabbed to death and 18 more trapped in a fire after a fight broke out in the Double O club on Monday night.

The two groups, reportedly armed with machetes and arrows, were squaring off against each other for the second time in a week when an unknown source on the ground floor sparked the flames, which quickly engulfed the building, according to police.

“Clashes broke out. The mob burned down the karaoke place, and two vehicles,” the city’s police chief Ary Nyoto Setiawan told local media, explaining that the violence had started elsewhere with the murder of the first victim before “friends of the victim immediately chased the perpetrators” to the club.

Authorities had already been called on Saturday to break up violence between the two groups, said to be from the neighboring Maluku islands and not ethnic Papuans.

While police were deployed throughout the city to prevent further clashes and even brought the leaders of the two groups together to attempt to mediate their dispute and put an end to the violence, their efforts were apparently not sufficient to quell the dispute.

Police allegedly tried to evacuate the venue at around 11pm local time as the fight was beginning, but were apparently unsuccessful. By the time firefighters had put out the blaze on Tuesday morning, it was too late to save any of the victims trapped in a room on the club’s upper floor.

While the province of West Papua has been the site of violent clashes over a separatist group’s desire to leave Indonesia, Monday’s fight was not believed to be political in origin, according to the BBC, though local media made a point of reporting that both groups were not native to the province.

No suspects have been named as of Tuesday evening, and military leaders told a press conference the investigation is ongoing to identify both the perpetrators and the “masterminds” behind the two gangs.