Nigeria – the first African member of the world Cup-2018 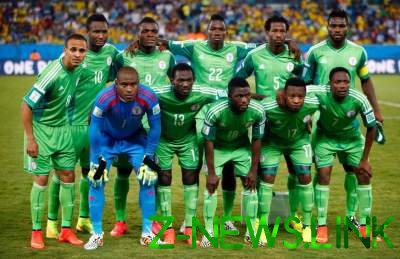 Nigeria national team ahead of time made it to the final stage of the world Cup.

The eagles are under the leadership of Salisu Yusuf the tour before the completion of the qualifying round booked their trips to Russia. Officially a participant of the world championship the national team of Nigeria was after a home win over Zambia (1:0).

Nigerians for the sixth time to play in the final stage of the world Championships. The team twice came from group (1994 and 2014), second in the 1/8 finals
Italy and France respectively.

Nigeria is considered one of the strongest teams in Africa. In the summer of 2018 in Russia, there may be Victor Moses (Chelsea), Alex Iwobi (Arsenal), Kelechi, Iheanacho and Ahmed Musa (both Leicester), John Obi Mikel (“Tianjin Ted”), Odion ighalo (“Changchun Yatai”) and others.

In addition of Nigeria to the 2018 world Cup made it an even 10 teams – Russia, Brazil, South Korea, Belgium, Saudi Arabia, Germany, England, Spain, Iran and Japan.