Home / WORLD / Nicola Sturgeon, and Scottish independence, forges on. The Salmond case is not the Watergate her enemies hoped for 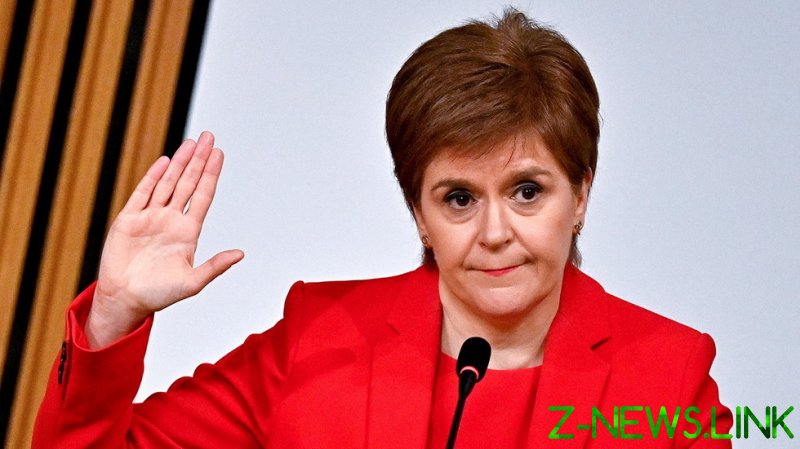 It’s not every day that a sitting leader of a government gets grilled live on TV for their citizens to watch. Even worse, First Minister Nicola Sturgeon did it over eight hours in front of the Committee on the Scottish Government Handling of Harassment Complaints.

Despite the grand title, it boiled down to a simple issue. Had Sturgeon lied or interfered to influence the investigation into complaints of alleged sexual abuse made against her predecessor and mentor Alex Salmond?

He was fully cleared by a criminal court of all charges last year and this was only about the government and Sturgeon’s conduct.

The unofficial verdict? Also not guilty.

Sturgeon delivered a masterclass. The nine committee members peppered her with questions, some of which were downright pedantic. Every time she had an answer that appeared credible. There was no silver bullet, nothing to catch her out on.

During Salmond’s appearance in front of the committee last week, he spoke combatively but his successor as first minister played it smarter – maybe she took his teaching and improved it.

Sturgeon only showed her claws on a couple of occasions.

They thought they had her over the point on how Salmond had come to know the identity of two of the complaints. If this had come via Sturgeon then she was in Richard Nixon territory.

They came at her as if expecting her to quickly crumble, but she managed to take the wind out of their sails.

One of the women was known to Salmond as he had “apologised” to her previously before any formal investigation by the police. The second, according to Sturgeon, he had discovered by trawling the Scottish government’s Flickr account.

The relatively high ages of the committee meant they didn’t blink but to most under-40s, there was a collective gasp – who the hell still uses Flickr?

As the proceedings began, I started to ponder, what if they do prove that she has been lying? Who will take over?

Scottish politics is barren. There’s no credible replacement, no one has the profile or gravitas to take on the job. Sturgeon is well-liked and has come out of the Covid-19 crisis as a hero to some. Even the feelings against her are tame in comparison to the hostility Boris Johnson faces north of the English border.

As the committee tried to torch her, she redirected their fire back on them.

Conservative Murdo Fraser opted to nail down a minor detail and unhappy with her reply said: “You have very skilfully avoided answering my question.”

Sturgeon had annoyed him minutes earlier by inhibiting his ability to infer to the watching masses that she had something to hide. She offhandedly but deliberately dropped in the snappy “your former boss, Mrs May” – and instantly made him look like a stooge and junior player who took orders, unlike Sturgeon who has no immediate superior.

Deputy convenor Margaret Mitchell was next on the chopping block. At one point she referred to Salmond as the first minister.

Sturgeon looked her dead in the eye and fired back: “I am the first minister.”

Next up for a dousing was firebrand Jackie Baillie. The Labour MSP tried to niggle Sturgeon causing a bit of a back-and-forth over a point.

The convenor cut in and ordered: “Could you two just get on with it?”

“We’ve been doing this for years,” Sturgeon shot back, letting everyone know that Baillie was on a witch hunt against a long-time political foe.

There were clearly some proxy battles going on, as Scotland is a small country so all the parliamentarians have regular clashes.

The session ended with the second spat between Mitchell and Convenor Linda Fabiani. The end had been set for 5pm but Mitchell was given a lashing for going over time along with her “inappropriate tone” and presenting her “own rhetoric.”

It was a colourful conclusion to an event that certain media and political opponents hoped would be Sturgeon’s last stand. One of the day’s newspaper headlines read ‘Sturgeon on the Brink’. It turned out she was on the brink of vindication.

There was certainly encouragement by the media and other parties to nail her in the hope of derailing independence.

While support for the SNP has slipped slightly over the last week, they are still streets ahead of anyone else. They look very likely to win a majority of seats in the election coming up in May and will then push for another referendum, which polls predict will be won.

Even diehard unionists would have to admit that Sturgeon has to lead Scotland. She dealt with nine committee members who came armed with questions and agendas, but were left looking foolish.

The only debatable issues that remain are what was said at a few meetings, but the idea of a plot or conspiracy by the Scottish government now looks laughable.

Sturgeon knew when to show her human side. Over her decision to meet Salmond at her house, she said: “I still felt a loyalty to him, people will have to decide whether they think I was right or wrong.”

She didn’t try to claim everything about the process had been perfect, which it certainly wasn’t as the government had to pay Salmond’s substantial legal costs due to failings on their part. There can be no excuses for that but that was an institutional mistake, not an individual one.

They say mud sticks, but the committee took their best shots, and Sturgeon left the room clean. She even ended on a rallying cry to the voters watching at home under lockdown.

“I know what version Alex Salmond wants people to believe and I know why….I have never tried to pretend I’m infallible.”

Even her critics would struggle to argue that it’s game, set, match, Sturgeon. The independence train is still charging on. Westminster, unionists and Boris should be worried.