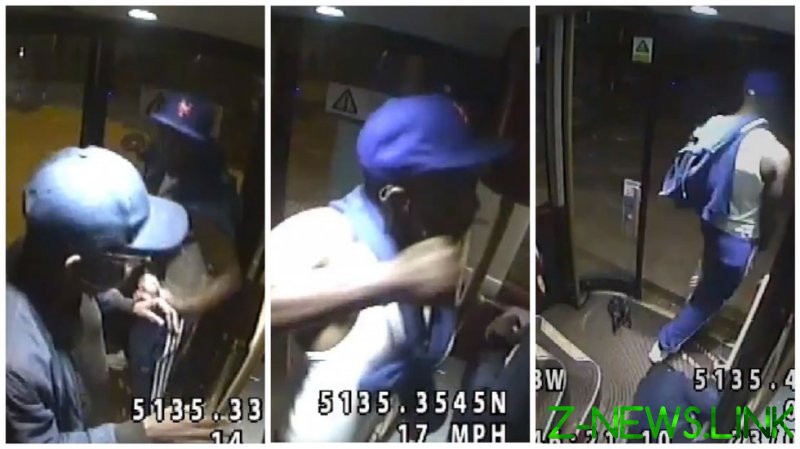 Metropolitan Police have asked the public for information on the suspect who violently punched the 63-year-old victim – who happened to work for the NHS – on August 23, releasing a CCTV video showing the dramatic encounter.

The video shows the suspect, a young black man wearing a white shirt and a blue baseball cap but no face covering, attacking the 63-year-old without any warning. He repeatedly punches the NHS worker until he falls to the ground motionless.

Even afterwards, the attacker kicks his victim multiple times before jumping out of the opening doors.

The man was left unconscious, and “all the victim remembers is waking up in hospital,” Met Police said in a statement. “We think that the attacker, who had his face covering beneath his chin, took offence when the victim, who was fully covered, consciously moved away from him,” they suggested.

Passengers are required to wear a mask on public transport across the UK, unless they have underlying health conditions. Altercations over compulsory face covering is becoming more common.

Last month, a French waiter was stabbed by a visitor trying to enter a beachfront restaurant without his face covered. And in July, a French bus driver was left brain dead after being beaten by a group he had refused to let on board because they were all not wearing face masks.