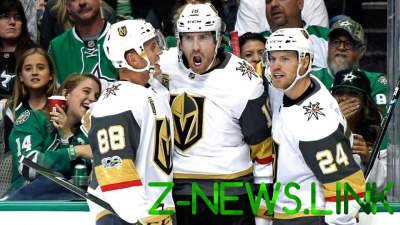 The next game day of the regular NHL season consisted of three games.

“Vegas Golden knights” won their opening game in the NHL in their first official game franchise of the Las Vegas showed character and in the final period put the squeeze on “Dallas”. James Neal scored twice, and the main star of the match became eks-the goalkeeper “Pittsburgh” Marc-Andre Fleury, who made 45 saves.

“Columbus” has shipped five unanswered goals in the gate “islanders”. The “blue Jackets” glittering newcomer Artemiy Panarin – Russian forward made three assists and was first star of the match. For goalkeeper Sergei Bobrovsky sat out in the match with “islanders” was the 20th in his career.

“Tampa Bay”, which is predicting a noisy performance in the playoffs, started the season with a successful victory over the “Florida”. Three points (1+2) Braden Point, and take of around the House brought “Lightning” the first two points.