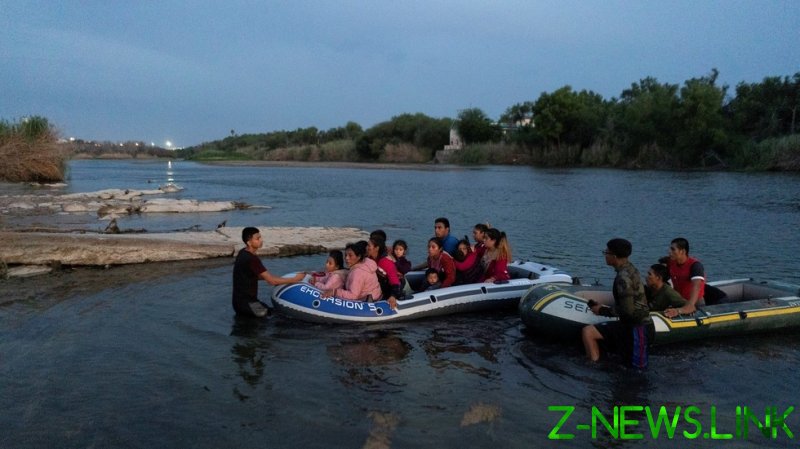 On Monday, a coalition of NGOs led by the American Civil Liberties Union (ACLU) announced they would resume a lawsuit against the White House, paused for months, over Title 42 expulsions. This refers to the section of federal law that allows for the deportations of “persons who have recently been in a country where a communicable disease was present,” which the Trump administration used to deter illegal immigrants during last year’s Covid-19 lockdowns.

“It’s clear there’s no end in sight to Title 42 and we will pursue an immediate injunction,” said Lee Gelernt, deputy director of the ACLU’s Immigrants’ Rights Project. “The Biden administration asked for some time to repair the damage done by the Trump administration to the asylum process, but it has now been seven months. That’s a more than sufficient amount of time.”

The ACLU-led coalition also includes the Texas and District of Columbia chapters, the Texas Civil Rights Project, Center for Gender & Refugee Studies, Oxfam, and the Refugee and Immigrant Center for Education and Legal Services (RAICES).

“The administration is choosing to treat refugees like political pawns, and so we are eager to return to court so we can end Title 42 for families once and for all,” added Noah Gottschalk, global policy lead for Oxfam America.

Around 70,000 families – out of the 231,000 or so apprehended on the US-Mexico border this year – have been deported to Mexico on Title 42 grounds, according to US Customs and Border Protection data.

However, unaccompanied children are exempt from Title 42 enforcement, which has caused a “record explosion” in their trafficking, argued former Trump adviser and immigration hawk Stephen Miller.

Local media in Texas reported last week that Mexican authorities have stopped accepting nationals from other countries expelled under Title 42, but there has been no official confirmation of this on either side of the border.

Meanwhile, the US Department of Homeland Security announced the resumption of “expedited removals” for certain families that cannot be expelled under Title 42 and have no legal basis to stay in the US. However, the DHS insisted that the “Biden-Harris Administration is working to manage safe, orderly, and humane migration, including by expanding lawful pathways to the US.”

Neither this nor Title 42 enforcement seem to be deterring the thousands of migrants crossing the Rio Grande into Texas every day. Over the weekend, a Fox News drone camera showed close to a thousand people sitting under a bridge in Mission, Texas, waiting to be processed.

As US Border Patrol stations get overwhelmed by sheer numbers of migrants, they release them to local nonprofits such as Catholic Charities, which then puts them on buses – and planes – to the rest of the US.

Some of the released migrants have reportedly tested positive for Covid-19 and are being housed in area hotels, to the chagrin of local authorities.

More than a million migrants have poured across the US-Mexico border since January, when President Joe Biden took office. Though the Biden administration has officially urged asylum seekers from Central America not to come, it has also relaxed asylum rules, given more leeway to prosecutors not to press charges, and allowed some migrants previously waiting in Mexico to cross into the US.

Tens of thousands have also been released inside the US without being given court dates, having been told only to check in with Immigration and Customs Enforcement offices in the towns and cities where they decide to settle. Thousands have been put on buses or flown across the country. Biden has also endorsed offering citizenship to several categories of migrants currently in the US who would not normally be eligible for it, as part of the upcoming budget bill.