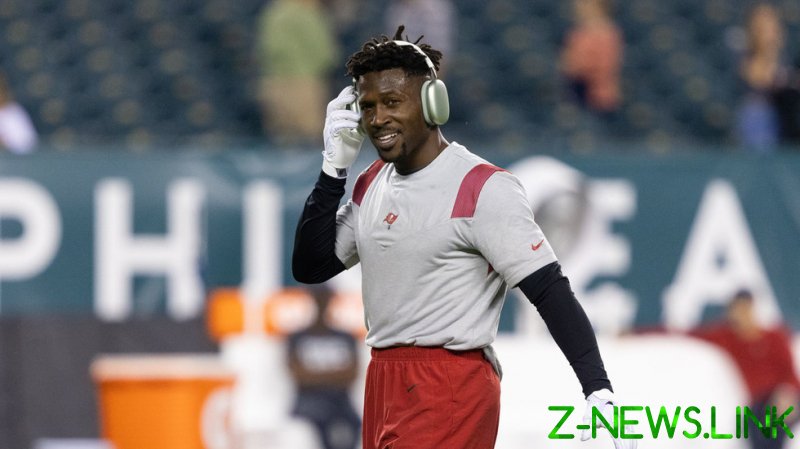 Brown’s personal chef, Steven Ruiz, told the Tampa Bay Times on Thursday that he had been offered $500 by the seven-time Pro Bowl receiver’s girlfriend to get him a fake proof of vaccination. Ruiz, who said he spoke about the issue because he was unable to get Brown to pay him $10,000 that he’s owed, provided the newspaper a screenshot of a July 2 text conversation with the girlfriend, model Cydney Moreau.

Brown was concerned about how a Covid-19 vaccination would affect his body and later showed Ruiz fake jab cards that he had obtained for himself and Moreau, the Times said. Ruiz alleged that personal trainer Alex Guerrero took a photo of Brown’s vaccination card on behalf of the Buccaneers, apparently not knowing that it was forged.

Reacting to the allegations on Thursday evening, the Buccaneers said that they received completed vaccination cards from all of their players and submitted the required information to the NFL in accordance with league policy.

“All vaccination cards were reviewed by Buccaneers personnel, and no irregularities were observed,” the team said.

Buccaneers coach Bruce Arians announced before Tampa Bay’s season-opening game in September that all of the team’s players and staff members were fully vaccinated. The NFL doesn’t mandate vaccinations, but players who don’t get inoculated are subject to strict protocols, including mask-wearing, social-distancing requirements and a longer quarantine period if they test positive for the virus.

Brown tested positive for the virus in September, causing him to miss one game, which his team lost.

“Coronavirus has hit close to home, as it took him out of a game. He is healthy, vaccinated and ready to win another Super Bowl,” his lawyer Sean Burstyn told the Times.

Making, selling or using a forged proof of vaccination is a federal crime in the US.

The NFL earlier this month fined the Green Bay Packers $300,000 for failing to enforce Covid-19 rules and fined two players, Aaron Rodgers and Allen Lazard, $14,650 each for attending a party while unvaccinated.

Brown is no stranger to controversy, having been suspended for about half of the 2020 NFL season for multiple violations of the league’s conduct policy. He pleaded no contest to battery and related charges in connection with an alleged attack on a truck driver in a January 2020 payment dispute. Brown also reportedly settled a 2019 lawsuit filed by a former trainer who accused him of sexual assault.