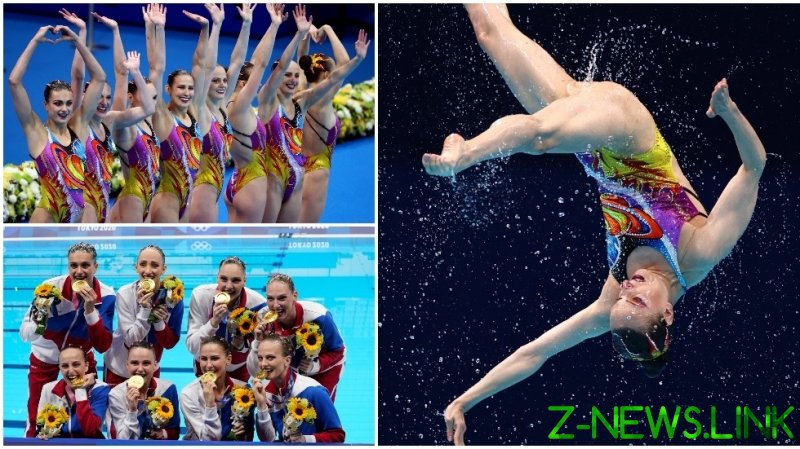 Heading into Tokyo, Russian swimmers had won gold in both the duet and team artistic events at each edition of the Games dating all the way back to Sydney in 2000.

The Russian duo of Svetlana Romashina and Svetlana Kolesnichenko continued that run with their duet title earlier this week, and both were part of the team which made it yet another golden double by topping the podium after Saturday’s free routine at the Tokyo Aquatics Centre. 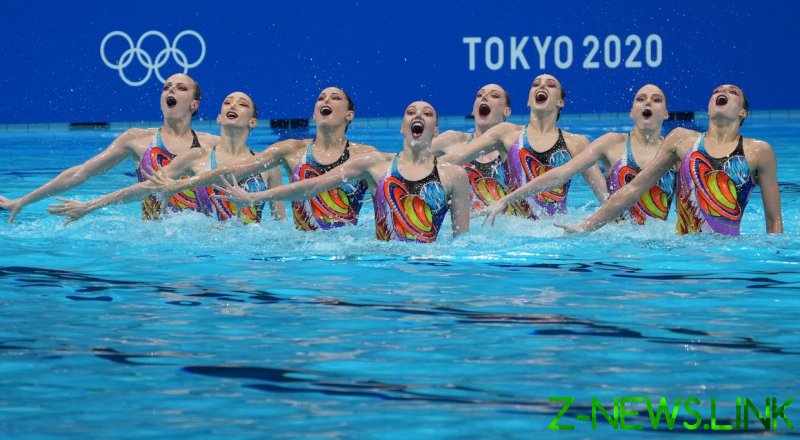 The ROC team beat their rivals yet again. © Reuters

Appearing in space-themed swimsuits, the eight-woman ROC team consisting of Romashina, Kolesnichenko, Alla Shishkina, Alexandra Patskevich, Maria Shurochkina, Vlada Chigireva, Marina Goliadkina and Polina Komar were out of this world as they ended the competition with a combined score of 196.0979.

Matching their silver from Rio 2016, the Chinese team finished with 193.5310 points, while Ukraine scooped bronze with 190.3018 – equaling their performance from the duet event earlier this week. 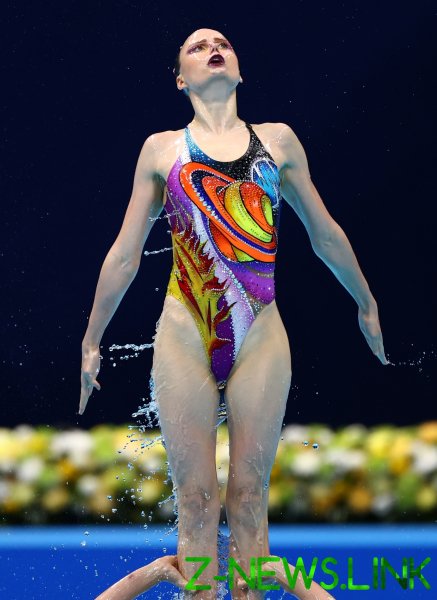 To infinity and beyond: ROC swimmers put on a cosmic show in Tokyo © Reuters

For Russian swimmer Romashina, 31, the Olympic gold was an astonishing seventh of her career, putting her further out in front as the most successful athlete that artistic (synchronized) swimming has ever seen.

Online, fans were enraptured by yet another dominant showing from the Russian swimmers.

“Power, physics, harmony, beauty. They were overwhelming,” wrote one fan.

“Everything was so flawless, I can’t get enough of it. DESERVED!” gushed another.

“Who can eventually break their dominance? They are currently the next level of extraordinary,” added a similarly enamored onlooker.

The title took the ROC team’s gold medal tally to 19 in Tokyo, keeping them fifth in the table, one gold behind Great Britain but with more overall medals, with 67 to Team GB’s 63.