Home / WORLD / Next few weeks will be ‘worst’ of the pandemic despite national lockdown, England’s chief medical officer warns

Next few weeks will be ‘worst’ of the pandemic despite national lockdown, England’s chief medical officer warns 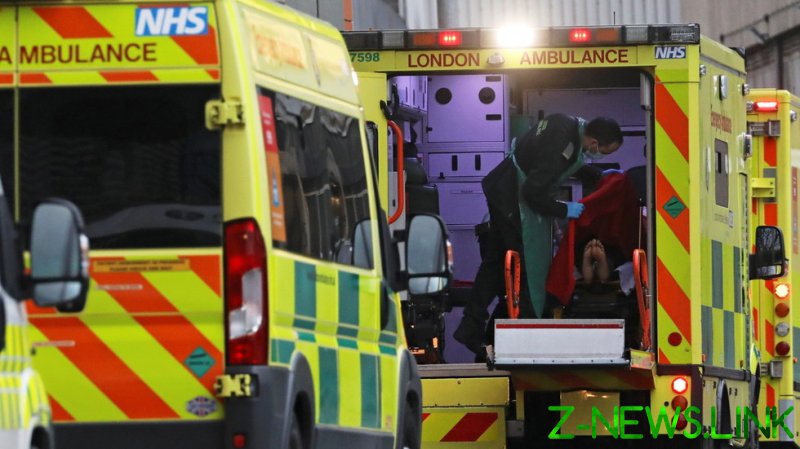 The chief medical officer was speaking on BBC Breakfast, as part of his regular Q&A sessions with viewers, shortly after the UK government raised concerns that social distancing rules aren’t having the effect they had hoped for and floated the possibility that they are considering introducing tougher lockdown measures.

“This is going to be a significant crisis for the NHS unless we take evasive action,” Whitty warned, adding that “the next few weeks are going to be the worst weeks of this pandemic in terms of numbers into the NHS.”

The government has faced criticism for its handling of the pandemic, having changed from a tier-based system to easing restrictions over Christmas and then to a national lockdown in a matter of weeks. Whitty defended the approach, saying that he was “very relieved that with new information a new approach was taken on the easing.”

With the situation escalating, experts and officials have been under pressure to lay out a timeline for the easing of Covid-19 measures. While Whitty indicated that the government intends to have removed the majority of restrictions by next year, he suggested that the least onerous measures could remain in place in 2022, such as people still being required to wear masks on public transport.

The UK has seen cases and fatalities continue to spike despite the nation being in its third national lockdown. On Friday, Mayor of London Sadiq Khan was forced to declare a “major incident” over concerns that the virus “was out of control” and could overwhelm the capital.

New infections have risen by 51,135, or 14 percent compared with the past seven-day period, and deaths have increased by 2,091, or 48.9 percent on the previous week.