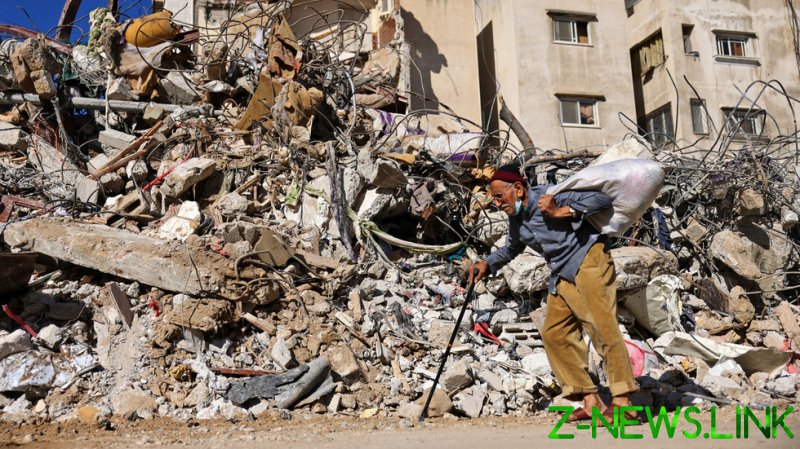 In a Wednesday op-ed, amid the continuing conflict between Israel and Palestine, University of Cincinnati professor emeritus Abraham Miller called on Israel “to ignore the international community” and “give war a chance.”

After complaining about “Arabs” who “refuse to recognize the legitimate Jewish claim to the property” they call home in the Sheik Jarrah neighborhood, Miller likened Hamas to fleas and Israel to an infested dog.

“An intractable enemy must be destroyed. The cost of the war must be so great that Hamas will not be able to repeat its periodic foray of violence, its continual mobilization of wars of attrition,” Miller declared, concluding, “If the dog is to survive, then the fleas must be destroyed in their earliest stages.”

It’s unclear if Miller was referring to Palestinian children or simply the early stages of a military operation when he wrote about destroying fleas in their “earliest” stage, but whatever his intention, his article sparked massive backlash on social media. Critics called it “insane,” “genocidal,” and “Nazi-esque.”

“Why would Newsweek even publish this call for a massacre of Palestinian ‘fleas’ by this Israeli genocidal maniac?” questioned one person.

“They must retract this piece. Has anyone made a formal complaint cause if no one has, I must,” another wrote.

The article was described by another Twitter user as a “damning indication of how severely we have dehumanized Palestinians in American public discourse.”

In an ironic twist, Newsweek opinion editor Josh Hammer – who was likely responsible for giving the go-ahead to Miller’s piece – has previously faced similar controversy himself for greenlighting an article that questioned whether Vice President Kamala Harris was eligible to serve in her position due to being the child of immigrants.

The article was widely condemned, but Hammer defended its publication in an editorial note, which was also lambasted.

Hammer – a vocal supporter of Israel – was previously accused of anti-Semitism after describing Sen. Bernie Sanders (I-VT) as only “nominally” Jewish and a “self-hater” for criticizing policies of the Israeli government. In 2020, Hammer was accused of racism after tweeting “Your Qatari $$$ at work” at Mehdi Hasan, a British-American Muslim journalist. Hasan responded that he was not Qatari and would be “rightly fired” if he tweeted the same thing at Hammer about “Israeli $$$” at work.

In 2019, Hammer was also condemned for tweeting, “Jew-hatred is inherent in the European DNA.” The post was soon deleted.