Home / WORLD / News of key witness lying is ‘devastating’ for US case against Assange; it must be dropped, WikiLeaks co-founder’s ally tells RT

News of key witness lying is ‘devastating’ for US case against Assange; it must be dropped, WikiLeaks co-founder’s ally tells RT 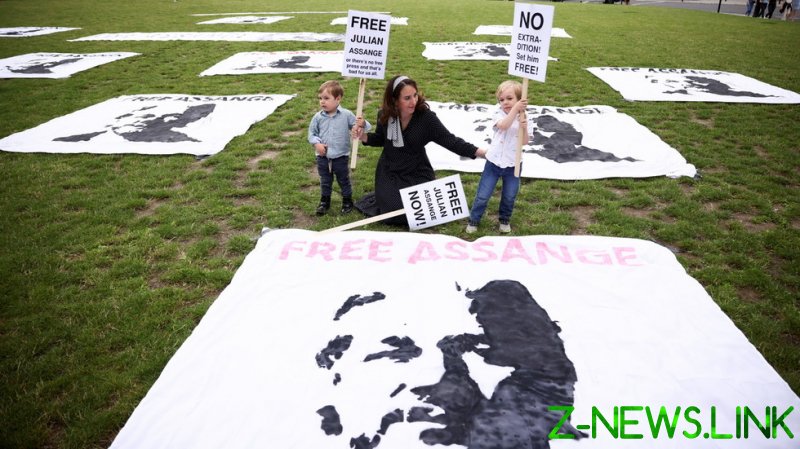 The news that WikiLeaks volunteer turned FBI informant Sigurdur Ingi Thordarson fabricated some important parts of his accusations in the indictment against the site’s co-founder Assange “was not a surprise,” Smith pointed out. Those close to WikiLeaks have long known that the man “had behavioral issues,” he said.

Smith gave Assange refuge in 2010 – first at the Frontline Club in London and then at his country house in Norfolk – when the publisher was fleeing from sexual assault allegations, which he consistently denied, in Sweden. The investigation was later dropped by the prosecutors.

Icelandic citizen Thordarson was one of the people who was there with Assange and Smith, the journalist said, claiming that “he was known to have stolen some things when he stayed in my house all that time ago.”

In 2012, WikiLeaks filed criminal charges against the volunteer over embezzlement and financial fraud, and he ended up being sentenced for both of them in Iceland.

In an article published by Icelandic newspaper Stundin last week, Thordarson said that he had lied in his testimony, confessing, among other things, that Assange never directly ordered him to carry out any hacking.

These new statements by the US’ key witness are “devastating” and “completely undermine” America’s case against the WikiLeaks founder. “Basically, he’s explained how he lied to frame Julian to try to save his own skin,” Smith said.

Assange could face up to 175 years behind bars in the US, where he is wanted on espionage charges over the publication of classified documents on Iraq, Afghanistan, Guantanamo Bay and others.

The publisher has been held in Belmarsh maximum security prison in London since April 2019 over a breach of bail. Before that, he spent seven years holed up in the Ecuadorian Embassy in the British capital in an attempt to avoid persecution for what his supporters insist were legitimate journalistic activities.

The US’ request to extradite Assange was denied by a UK judge in early 2021 over the inmate’s poor health condition, but Washington had already voiced plans to appeal that decision.

The US espionage accusations against Assange are “obviously a stitch-up,” Smith insisted, adding that “the best route forward for everybody is to drop the case and move on. Julian needs to be let out. He’s clearly suffering.”

The WikiLeaks founder “has got serious health issues, which have been getting worse, and worse, and worse. Psychologically, he’s under extraordinary stress,” the journalist reminded. He is being kept in solitary confinement and has problems with communicating with the outside world, Smith said, adding that he last talked to Assange around a year ago.

So, the Biden administration’s decision on the case is important for “the reputation of both UK and American law” and the future of journalism as whole, Smith said. The charges against the publisher “criminalize basic journalistic practices,” and Smith noted that it is surprising “the British and American media don’t seem to be making of a fuss about what’s happening with Thordarson.”

It is so far unclear how the Assange saga will end, but “we’ll have to wait and see how on earth the Americans can stand up a case when their main witness, it appears, lied to them,” the journalist added.