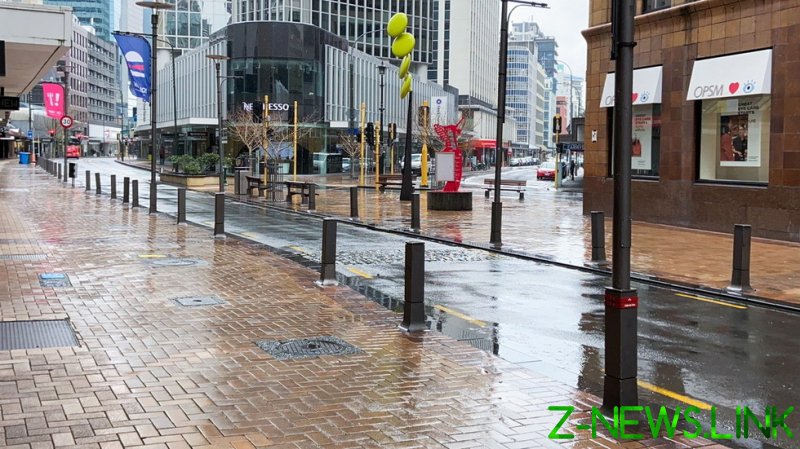 Prime Minister Jacinda Ardern said infections reached seven on Wednesday, up from one a day earlier, telling reporters that the new outbreak was likely imported from the Australian state of New South Wales, which is currently facing its own spike in cases and deaths.

“Our case has originated in Australia. Our job now is to work through how and when it got here. There is more work to be done to help piece together this puzzle,” the PM said, adding that tests had confirmed that the original infection involved the more contagious Delta variant.

Ardern also said she expects the case count to grow, with Director General of Health Ashley Bloomfield pointing to models that suggest the new cluster could reach between 50 and 120 infections.

The government announced a national lockdown on Tuesday after the first case was detected in Auckland, with the ‘level four’ restrictions taking effect around midnight. It is set to last for three days for most of the country, during which time Kiwis will only be permitted to leave home for medical and grocery trips, Covid testing, and vaccinations, as well as limited outdoor exercise. However, the lockdown will last one week in Auckland and the nearby Coromandel Peninsula, where some of the infected people are believed to have spent time.

A small group of protesters took to the streets of Auckland on Wednesday, gathering outside the offices of state broadcaster TVNZ. The demonstrators denounced the new lockdown, at one point seen shouting down police officers. Protests also erupted in Nelson and Tauranga, with several arrests made throughout the day, according to police. Among those arrested was Billy Te Kahika, a vocal anti-lockdown activist and founder of the Public Party, who led the Auckland protest.

The new outbreak is New Zealand’s first since late February, having previously endured several national and regional shutdown orders. The island has fared much better against the virus compared to other parts of the world, including neighboring Australia, recording only about 2,500 infections and 26 deaths in total.

After largely shutting down its borders to international travel in March 2020, last week, Ardern said the country would reopen by early next year, once the majority of New Zealanders are vaccinated. Even then, quarantines will still be required for some travelers, however.