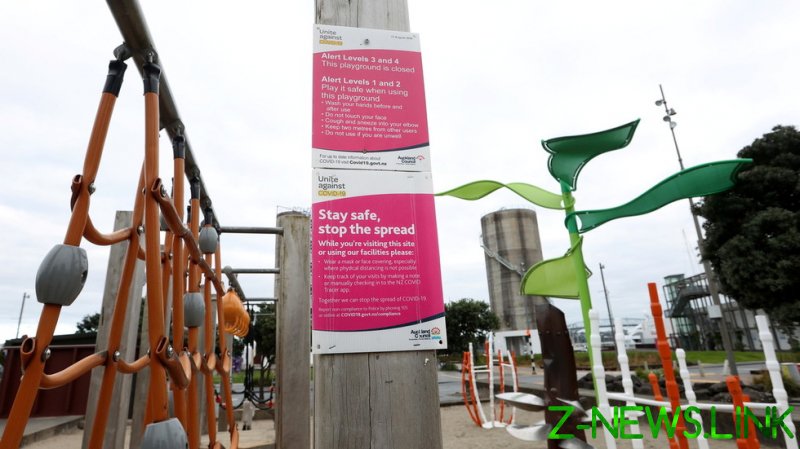 Since the start of the pandemic, the island nation has been implementing what became unofficially known as the ‘zero-Covid strategy’.

New Zealand tried to entirely stamp out the virus from its territory through vigorous restrictions and surprised observers overseas by going into a snap lockdown in August after discovering just a single locally transmitted case. This approach will now be phased out thanks to growing vaccination rates, Prime Minister Jacinda Ardern said at a news conference on Monday.

The PM said that, while the previous method of fighting Covid-19 was justified at the time, “the return to zero has been extremely difficult” after the arrival of the more contagious Delta variant of the virus.

“What we have called a long tail has been more like a tentacle that has been difficult to shake,” Ardern said, referring to belief that the outbreak in the capital city of Auckland would slowly recede. She added that the Delta variant has “accelerated” the transition in policies.

It’s clear that a long period of heavy restrictions has not got us to zero cases. But that is OK. Elimination was important because we didn’t have vaccinations. Now we do, so we can begin to change the way we do things.

According to the Health Ministry, 79% of the eligible population has received at least one dose of the vaccine, and 48% are fully vaccinated. The corresponding figures for Auckland residents are 84% and 52%. The PM said this allows for a three-phase easing of restrictions in the capital, starting from Wednesday.

In Phase 1, residents can meet in groups, but only outdoors, with a maximum limit of 10 people from no more than two households at one time. They must keep social distance and wear masks at all times, with the exception of when they are eating and drinking.

Ardern said strict lockdowns will end once 90% of the eligible population is vaccinated.

New Zealand reported 29 new locally transmitted cases on Monday. Overall, the country has had nearly 4,900 infections and 27 deaths since the start of the pandemic, according to Johns Hopkins University.