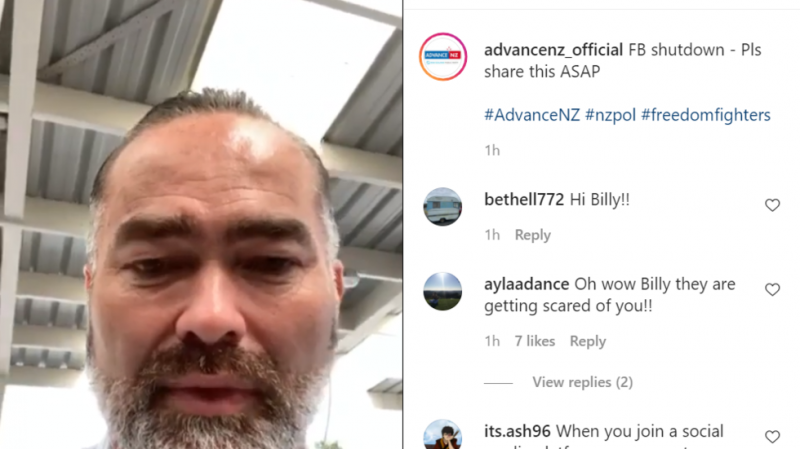 In a statement, Facebook said that the page had been scrubbed due to “repeated violations” of its policy prohibiting misinformation about Covid-19 that could lead to physical harm.

The move comes just two days before New Zealand holds a general election. A spokesperson for Facebook insisted that the decision was in keeping with clearly laid out guidelines and was not politically motivated.

Party co-leader Billy Te Kahika explained in a video message posted to Instagram that Advance NZ’s page was shuttered as the party hosted a live broadcast on the platform. He described the move as “amazing” and a threat to “democratic New Zealand.”

In a statement, Te Kahika denounced Facebook for “election interference” and argued that his party has been “bravely questioning the government’s approach to Covid-19.”

The party’s platform includes a list of coronavirus-related issues, including staunch opposition to mandatory vaccination, and calling for the creation of a medical advisory board that is independent of the World Health Organization (WHO).

This isn’t Advance NZ’s first run-in with Facebook. Last month, the platform removed a video posted by the party, following complaints that the clip wrongly accused the New Zealand government of legislating for forced vaccination.

The party is currently polling at about one percent.

The removal of the party’s page comes amid growing debate over the role social media platforms play in elections. Facebook has been widely criticized for its army of “fact checkers” who police content on the site, with many arguing that the initiative is designed to crack down on unwanted political speech.