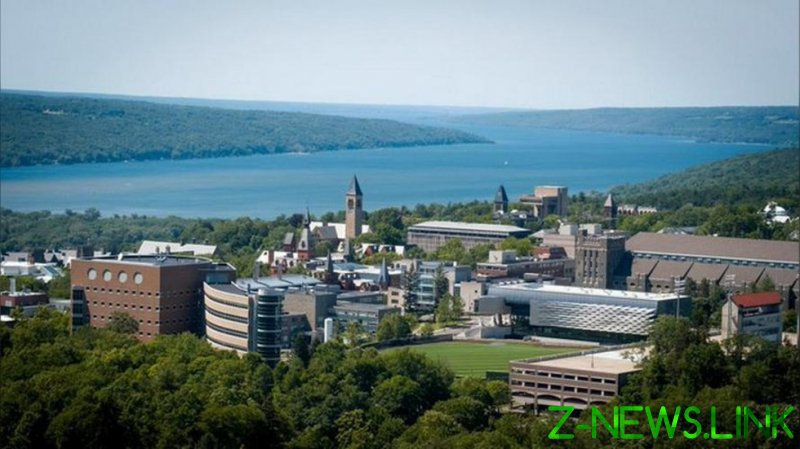 In a statement on Sunday afternoon, New York-based Cornell University reported that police have been investigating a bomb threat on campus grounds.

According to a caller who alerted police, multiple bombs were allegedly planted in various locations on the campus, including in the Law School, Goldwin Smith, Upson Hall and Kennedy Hall, Cornell reported.

The buildings have been evacuated, with students and staff urged to stay clear of the area.

A video has emerged purportedly showing students fleeing the school’s library over the threat.

Founded in 1865, Cornell University ranks among the top US national universities. Its campus in Ithaca sprawls across the area of some 745 acres, and features over 1,000 student organizations. It is one of the few private schools that is also a land-grant university of New York State.

The incident comes just two days after a bomb scare caused partial evacuation of the Yale University campus in Connecticut. The reports of multiple bombs in campus buildings turned out to be a false alarm. Multiple law enforcement agencies, including the FBI and the Department of Homeland Security responded to the incident.