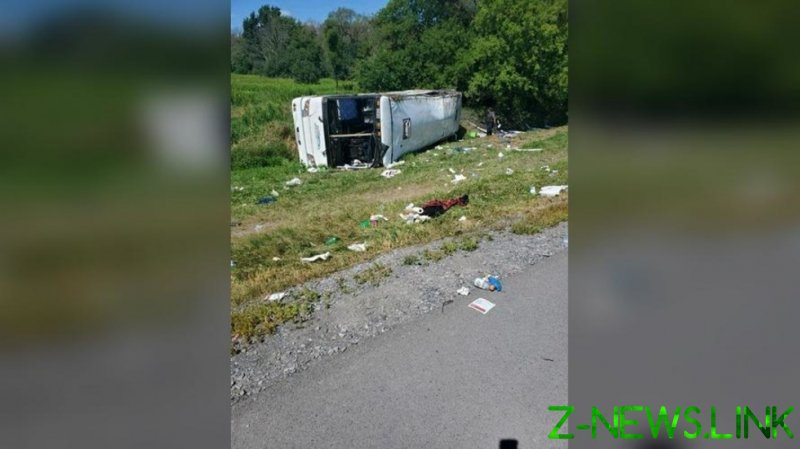 The incident prompted a massive response from police and rescues. An array of ambulance cars have been spotted on the scene.

The incident occurred around 12:40 p.m. on Saturday, and all of those hurt were taken to hospitals, some with serious injuries, New York State Police said in a statement. It’s not clear why the bus, which was westbound near the town of Brutus and bound for Niagara Falls, veered off the road, police said.

There were 56 passengers and a driver aboard the bus. The crash remains under investigation.

The bus was reportedly traveling from Poughkeepsie, in New York’s Hudson Valley. A relative of the trip’s organizer told the Associated Press that there were a few children aboard, possibly including a month-old baby.