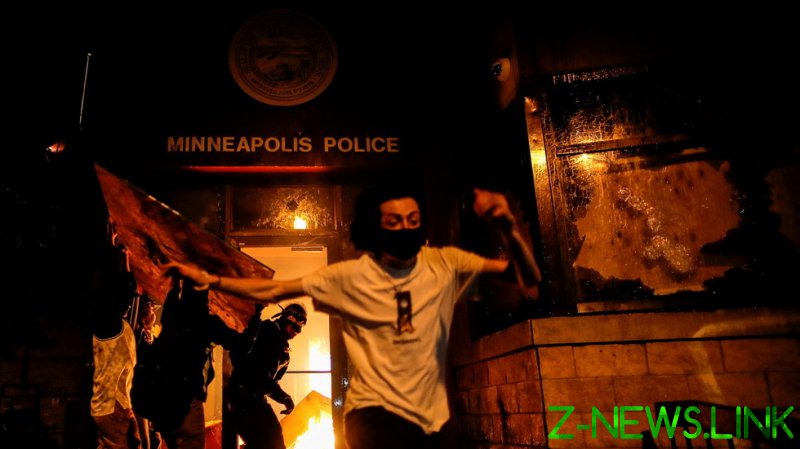 The Gray Lady’s Jennifer Medina sought to unravel the mystery behind Latinos in the US voting Republican, in a Friday article titled: “A Vexing Question for Democrats: What Drives Latino Men to Republicans?”

Medina teased out the motivations of Latino Republicans through a series of interviews, before attempting to conflate the notion that the “deep state” had taken over the government during the Trump administration or that “Black Lives Matter protests caused widespread violence,” dismissing both ideas as “misinformation” within the same breath.

“Some of the frustrations voiced by Hispanic Republican men are stoked by misinformation, including conspiracy theories claiming that the ‘deep state’ took over during the Trump administration and a belief that Black Lives Matter protests caused widespread violence.”

Needless to say, the ever-watchful eye of Twitter did not let this claim about widespread violence slide. One Twitter user was blunt in his analysis: “The New York Times is lying.”

Others criticized the ‘paper of record’ for using weasel words to detract from the gravity and scale of the violence witnessed throughout the BLM protests across the US in 2020.

According to Forbes, between George Floyd’s death at the hands of the Minneapolis police department on May 25 and June 8, 2020, at least 19 people died during the protests.

There were many injuries and hospitalizations on both sides of the security barricades throughout the protests and riots which took place across the US in 2020.

Six officers were reportedly badly injured in just one 24-hour period of the Seattle riots in 2020. According to one study, “115 people were shot in the neck or head between May 26 and July 27” by police-fired Kinetic Impact Projectiles (KIPs).

Others highlighted the slew of businesses that were damaged or destroyed during the BLM protests down the street from the NYT.

Others still drew a comparison between the NYT’s attempt to pull a fast one and the now-infamous line from MSNBC’s coverage of the riots.