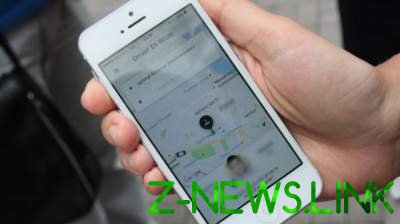 The mayor signed a temporary moratorium.

The mayor of new York bill de Blasio signed a bill that temporarily prohibits the issuance of new drivers licenses services, online taxi service, including Uber and Lyft. About it reported in a Wednesday newspaper “new York times”.

The measure, previously approved by city Council, provides for the suspension for one year of the issuance of such licenses. It was part of a package of proposals aimed at combating traffic congestion in the largest cities of the USA and to prevent a reduction in the level of earnings drivers official taxi services. Discussion of the bill occurred on the background of the requirements from the drivers cab to ban or severely restrict services Uber and Lyft in new York.

“We are taking immediate action that will benefit more than 100 thousand working new Yorkers deserve a fair wage,” said de Blasio, in signing the bill. He stressed that the measures taken will also help to “stop the increasing flow of new cars that have flooded the streets” of the city.

Under the new law, the minimum wage of taxi drivers, including those who work through the online services is set at $ 17.22 per hour. If the driver involved in carting through Uber and Lyft, during the work shift does not earn enough money to meet this minimum, the company will be obliged to compensate the difference, the newspaper said.

See also:  Spies leaked to the network photo of the new sedan, Kia

Uber and Lyft strongly opposed the initiatives of the authorities. They claimed that the suspension of licenses would adversely affect the outlying areas of the city, where the underdeveloped public transportation. In addition, according to them, this situation can lead to an increase in the cost of travel by taxi, Uber, Lyft and other similar companies, the demand for which in new York is only growing.

According to the newspaper “wall street journal”, in 2015 in new York, there were about 25 thousand cars Uber, Lyft and other similar companies. To date, the city registered more than 80 thousand taxi services data.