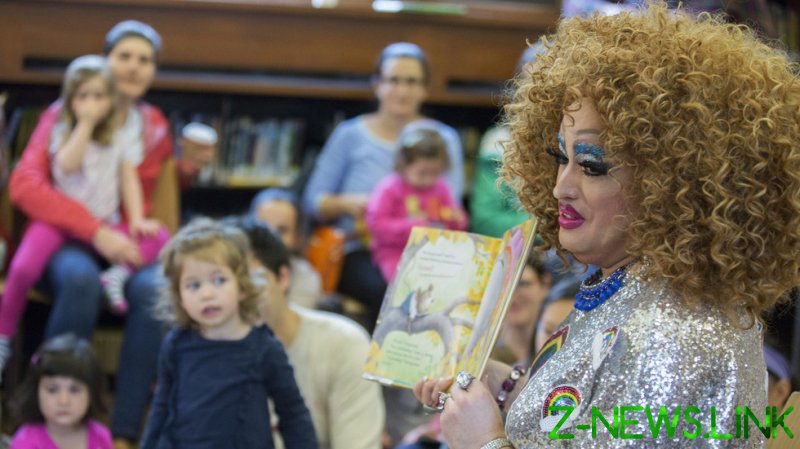 New York City Council has spent more than $200,000 in taxpayer money on drag queen shows at city schools since 2018, the New York Post reported on Saturday. The shows featured cross-dressing performers interacting with kids as young as three, and some parents are furious they weren’t given a chance to opt their children out.

Since January, Drag Story Hour NYC has organized 49 events in 34 public elementary, middle and high schools in the city, the Post reported, noting that the group earned $46,000 last month alone. Since 2018, the group has received $207,000 from New York State and from the city’s departments of education, cultural affairs, youth, and even transportation.

Most of this cash came from the discretionary budgets of city council members, and a further $80,000 has been set aside to bring cross-dressing men into classrooms and libraries this year.

Drag Story Hour NYC shows are described by New York Public Libraries as “inclusive, gender-affirming programs,” in which colorfully-dressed men in women’s clothes give children a sample of “LGBTQ reads … with lots of songs and glitter along the way.” The group has put on shows at public libraries in the city since 2017. 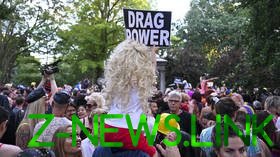 While some parents told the Post that they welcomed such shows in schools, others were furious. “I didn’t get any notice,” one parent told the paper. “My daughter actually came home and told me that a drag queen came to the school … I feel like it would have been better for that conversation to happen at home.”

“Exposing children to drag queens in school is none other than an abuse of authority for the purpose of sexualizing children,” activist Dr. Elana Fishbein told the Post, calling the program “a flagrant disregard for the real needs of the students.” The Department of Education did not comment when asked by the outlet if performers had to pass background checks before interacting with children.

Footage from a “child-friendly” drag show at a Texas gay bar last weekend went viral after children were seen waving dollar bills at performers and joining the queens on stage beneath a sign reading “it’s not gonna lick itself.” The footage prompted Republican lawmakers to introduce legislation banning such shows, and follow-up shows at the same bar have been picketed by conservative protesters accusing the organizers of “grooming” children.

Meanwhile in Washington, DC, footage showing children and toddlers marching in a ‘Pride’ parade behind a topless man with breasts caused outrage online over the weekend.

Last year, the CEO af an LGBT advocacy group responsible for funding drag queen story hour events in Milwaukee, Wisconsin, was arrested and charged with seven counts of child pornography. He was sentenced to nine years in prison.