New York police ID suspect in Times Square shooting, say he meant to shoot his brother when 4yo girl & two women were hit 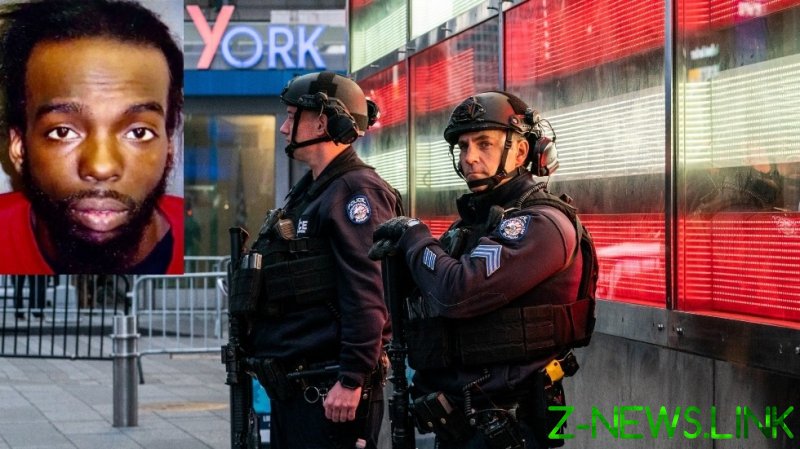 The 31-year-old suspect’s identity was first disclosed by several New York media outlets on Sunday. The NYPD then released a wanted poster naming Farrakhan Muhammad. The gunman was seen on surveillance video after Saturday’s shooting, and he was reportedly identified when detectives were investigating a fatal stabbing at a Midtown Manhattan hotel hours later.

The detectives spotted a man hanging around near the hotel who looked almost identical to the alleged Times Square gunman. When they began to question him and noted his resemblance to the shooter, the man said, “I’m his brother.”

He went on to tell officers that his brother was aiming at him when the shooting occurred, the New York Post reported. Police said Muhammad and his brother were among a group of men arguing when Muhammad pulled out his gun and started shooting.

He missed his intended target, allegedly hitting a 4-year-old girl from Brooklyn, a 43-year-old New Jersey woman and a 23-year-old Rhode Island tourist who was visiting New York with her husband and toddler for Mother’s Day weekend. The Rhode Island woman, Wendy Magrinat, told NBC4 News that she heard an argument behind her just before the gunshots.

“I told my husband, ‘Let’s move a bit forward,’ because he had our 2-year-old in his hands,” she said. “At the same moment I told him that, the shots fired. I walked a little bit and then I started screaming, asking for help.” Magrinat was shot in the leg. She said doctors elected not to remove the bullet because the surgery would do more damage.

Muhammad is reportedly an illegal CD peddler. Such peddlers are known for using aggressive tactics to get money out of tourists, such as asking a visitor’s name, writing the name on a CD and demanding that they buy it, as it’s no longer sellable to anyone else.

Muhammad was arrested last year for assaulting a man who tried to intervene when he was harassing a couple on the street, police said. Another CD peddler was reportedly shot and killed by a police officer in Times Square in 2009. The man allegedly fled when the officer asked for his tax identification, then turned and fired a semi-automatic pistol at the cop when he was chased. The officer returned fire and killed the man.

Saturday’s shooting came amid a surge in gun violence in New York City. Through May 2, there had been 416 shooting incidents in the city, up 83% from a year earlier, police data showed. The number of victims was up 79%, at 463, and murders rose 17% on year to 132.

Times Square ranked as the world’s No. 2 tourist attraction, behind only the Las Vegas Strip, drawing 39.2 million visitors in 2019, according to World Atlas. But New York’s tourism industry was ravaged by strict Covid-19 lockdowns and is projected to possibly remain below pre-pandemic levels until 2025.