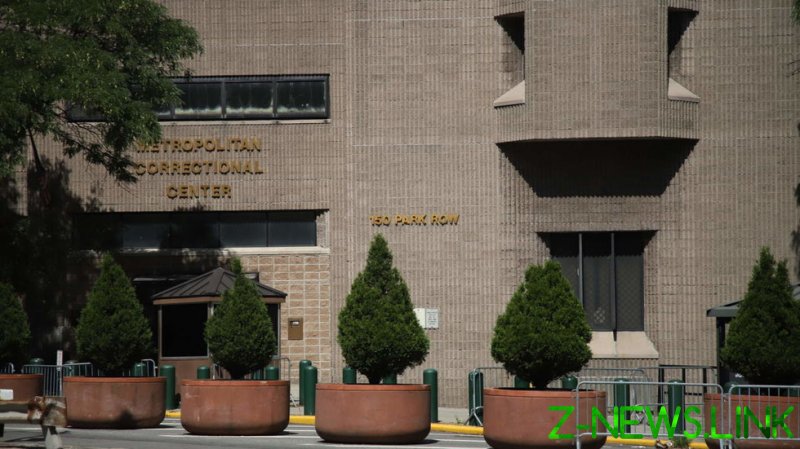 The Metropolitan Correctional Center (MCC) in New York City, notorious for housing Epstein as well as several high-profile criminals such as Mexican drug lord Joaquin ‘El Chapo’ Guzman, will not accept any new inmates in the foreseeable future after the conditions there were found to be unsatisfactory.

The closure was ordered by the Bureau of Prisons weeks after Deputy Attorney General Lisa Monaco visited the facility for an assessment as reports about squalid conditions, understaffing and a chronic lack of security piled up.

In a statement on Thursday, the Justice Department said that the facility would be closed “at least temporarily” while authorities addressed the “issues” at MCC.

“As part of this effort, the Bureau of Prisons has assessed steps necessary to improve conditions at the Metropolitan Correctional Center (MCC) in New York City,” the DOJ said.

The facility was thrust into the spotlight after Epstein’s death on August 10, 2019. The disgraced financier, who was on suicide watch at the time, was found unresponsive in his cell, while the two guards who were supposed to check on him every half-hour were found to have been sleeping on duty or browsing the Internet.

While Epstein’s death was officially ruled a suicide, the circumstances surrounding it immediately gave rise to conspiracy theories, with critics of the official version pointing out that the financier was known to have rubbed shoulders with the rich and powerful, such as former US President Bill Clinton and the UK’s Prince Andrew. The phrase “Epstein didn’t kill himself” was coined soon after, quickly becoming a recurrent trend on social media.

The guards at the center of the investigation into Epstein’s death were spared jail time after they struck a plea deal, admitting to falsifying prison records throughout their shifts, and were ordered to complete 100 hours of community service.

They were also ordered to cooperate with the investigation by the Justice Department’s inspector general into the circumstances of Epstein’s death. More than two years into the probe, the inspector general has yet to release a report.

Apart from the Epstein scandal, the infamous correction facility has been under fire for failure to stop the spread of Covid-19 and provide urgent medical care to inmates. A report by Dr. Homer Venters, who inspected the jail in May 2020, found “signs of severe pest infection” in the jail, including in cells used to isolate Covid-19 patients.

“The presence of mice, rats and roaches throughout the facility indicates a basic disregard for sanitation and infection control that casts doubt on ability or commitment of the MCC to maintain a sanitary facility,” he wrote in the report