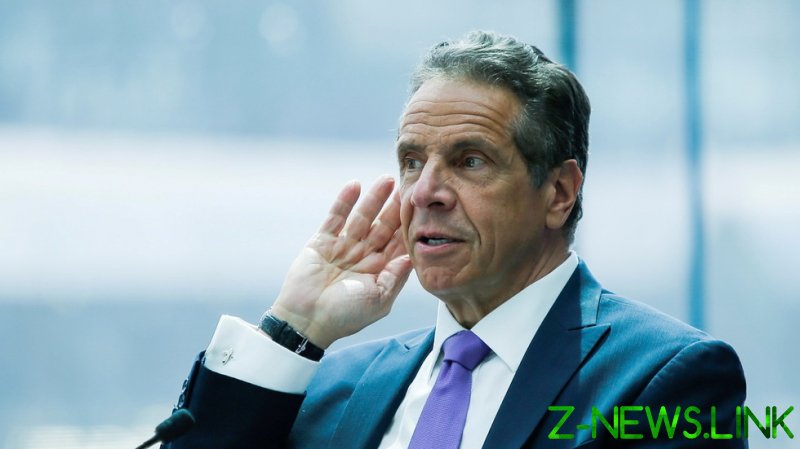 Prosecutors in Manhattan, Westchester County and Nassau County issued statements on Wednesday indicating that they had requested materials from a state investigation into the allegations against Cuomo so they can determine whether he committed any crimes in their areas. Albany County District Attorney David Soares, whose jurisdiction includes the state’s capital city, said late Tuesday that his office is conducting its own investigation of Cuomo and welcomes any alleged victim to contact his office.

The latest requests came one day after New York Attorney General Letitia James announced that a probe by her office had concluded that the sexual-harassment claims against the governor were true. Alleged victims include current and former state employees, as well as private citizens.

Even a female state trooper was targeted by Cuomo, the state investigation found. The governor kissed the trooper on the cheek in front of a co-worker and asked on another occasion to kiss her again, according to the attorney general’s office. Other alleged incidents with the trooper included running his hand across her stomach, from her navel to her hip, while she held a door open for him and running his finger from the top of her neck down to the middle of her back in an elevator.

Cuomo, who also was found to have retaliated against at least one of his alleged victims, has denied any wrongdoing, saying he “never touched anyone inappropriately or made inappropriate sexual advances.”

The attorney general’s probe was civil in nature, and James made no determination as to whether Cuomo had committed any crimes. Anne Clark, one of the lead investigators, told reporters that local and federal prosecutors are free to review all of the allegations included in the state report.

President Joe Biden and other Democratic Party leaders have called on Cuomo to resign. Democrat governors in four nearby states – New Jersey, Pennsylvania, Connecticut and Rhode Island – issued a joint statement Tuesday night saying they were appalled by the investigative findings and that Cuomo should step down.

A majority of New York state lawmakers support launching impeachment proceedings against the governor if he doesn’t resign, the Associated Press reported. At least 82 members of the 150-seat New York Assembly favor impeachment if Cuomo continues refusing to quit.

Cuomo said in March, when such party leaders as New York Senate Majority Leader Andrea Stewart-Cousins called for his resignation, that stepping down because of unproven allegations would be “anti-democratic.” At the time, he told reporters “let’s get the findings” of the attorney general’s investigation and “go from there.”

Ironically, when then-Attorney General Eric Schneiderman had been accused of sexual harassment and assault in 2018, Cuomo said the state’s chief prosecutor should resign, “for the good of the office.”