New York City man finds novel way to evade arrest, jumping into tree and refusing to come down for days 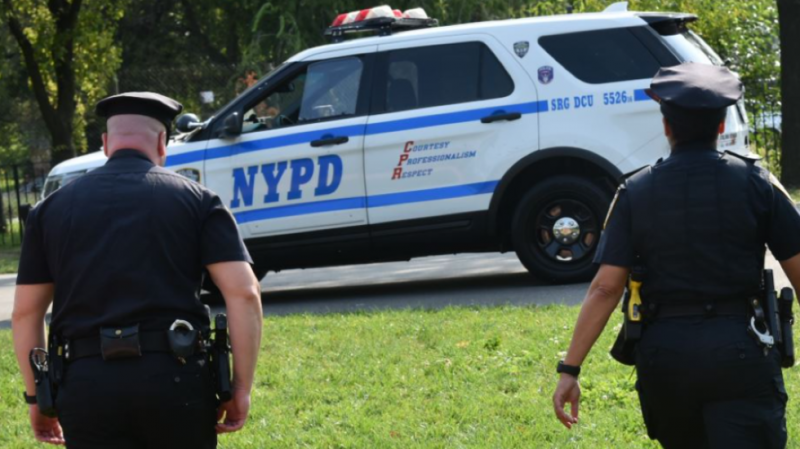 The incident began on Wednesday afternoon, when police were reportedly called to the home of 44-year-old Roody Thomas because of a domestic disturbance in which he allegedly threatened his 65-year-old mother. He initially went onto the roof of his home to evade capture, then jumped into a nearby 30-foot tree as more police units arrived to encourage his surrender.

More than two days later, he remained in the tree, with streets blocked off to traffic as police, friends and neighbors tried unsuccessfully to coax him off his branch. Some even offered him beer or rum to come down, according to the New York Daily News, but by Thursday evening, he apparently began to relish the attention, saying, “Now the world is watching.”

The Daily News quoted neighbors as saying the police response was “overkill” and that Thomas didn’t threaten anyone, apparently ignoring the accusation that he told his elderly mother that he would kill her. Residents also defended him as nonviolent, despite the fact that he was wanted, too, for punching his 50-year-old girlfriend in the face.

Another neighbor told the newspaper that police were “holding the guy hostage,” adding, “He’s not doing anything. It’s not illegal to climb your own tree in your yard, guys.” That view apparently overlooked the fact that police were trying to arrest Thomas for assault, not tree-climbing.

The suspect is reportedly afraid of returning to jail because he was allegedly abused by officers while incarcerated in 2012. Neighbors said he often climbs into the tree, which is near his mother’s home, where he lives.

New York Police Department chaplain Reba Perry, who happens to live in the same neighborhood, confirmed those statements. “This is something he does on a regular basis,” Perry told local ABC News affiliate WABC-TV. “He gets in the tree. It’s not unusual for him to be in the tree. He’s from Haiti. They climb trees.”

WABC-TV reporter Stacey Sager said Thomas came partway down the tree on Friday afternoon to take food brought to him by police, then went back up to his perch. The outlet said he later climbed onto the roof of his mother’s home and through a window, but police are reportedly still waiting for him to surrender.