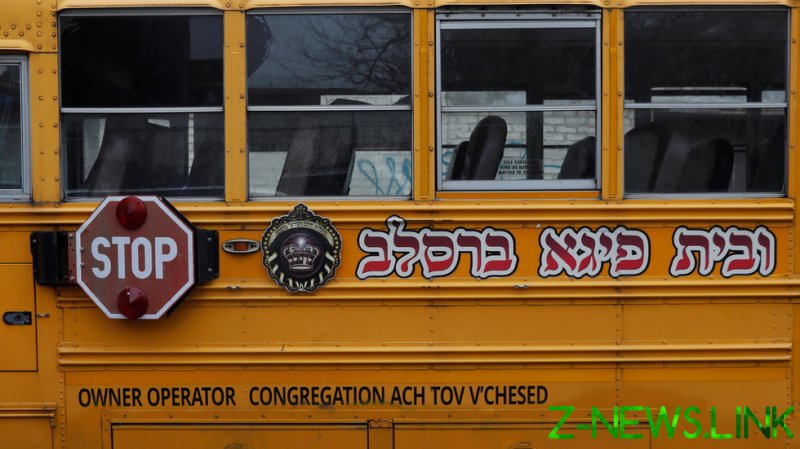 “We’re doing everything in our power to protect our students and school staff, and a mandate for nonpublic school employees will help keep our school communities and youngest New Yorkers safe,” de Blasio said in a statement on Thursday, announcing the mandate.

Staff at about 930 Catholic schools, yeshivas and other privately run institutions will have to show proof of at least the first dose by December 20, or risk losing their jobs. Jabs were mandated for public school employees in August, with the state Department of Education estimating the compliance rate at over 95%, according to the New York Times.

The mandate is one of de Blasio’s last acts in office, as he will be replaced by fellow Democrat Eric Adams on January 1. The Times noted that it might run into resistance from “Ultra-Orthodox” Jews, which it said have been resisting government measures during the pandemic due to “misinformation campaigns.”

While 77% of all New Yorkers have received at least one jab, vaccination rates in areas with large Jewish communities, such as Brooklyn’s Borough Park and South Williamsburg, are 51% and 59%, respectively. One Jewish outlet has already called De Blasio’s mandate a bad Hanukkah present.

The Roman Catholic diocese of New York is “highly encouraging” vaccinations in its schools already, with Timothy Cardinal Dolan telling PIX11 in August that the church “can’t jeopardize the health of the kids.”

There is no city or state mandate for students yet, but some private schools in the city have already begun imposing their own. “Elite bastions” such as Spence, Chapin, and Horace Mann have sent out letters giving parents January or February deadlines for kids 5-11, the New York Post reported on Wednesday.

Adams, the incoming mayor, has already said he would back mandatory vaccinations for students.

“We already have a system in place that states before you start school, you receive your vaccination. It is to protect the child and the student population,” Adams told WCBS Newsradio in October, just before the health authorities approved Pfizer’s vaccine for use in teens.