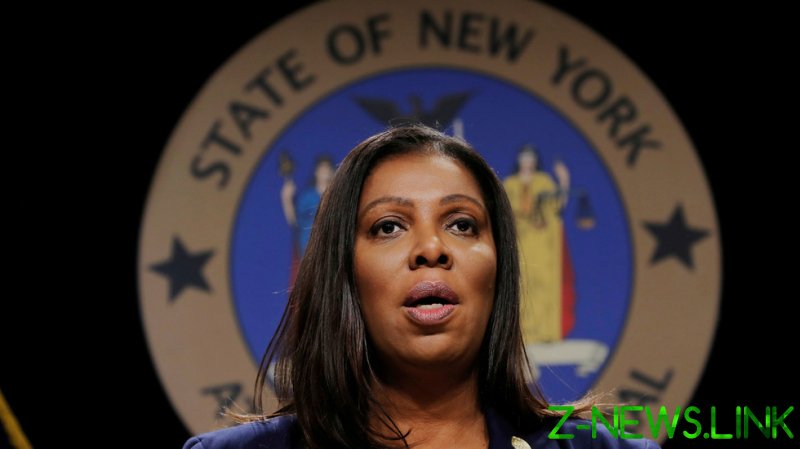 “We have informed the Trump Organization that our investigation into the Organization is no longer purely civil in nature,” a spokesperson for James’ office, Fabien Levy, said in a statement to media outlets on Tuesday.

We are now actively investigating the Trump Organization in a criminal capacity, along with the Manhattan DA. We have no additional comment.

While it remains unclear what criminal matters the AG has in mind, the announcement comes more than two years after her office opened a probe into Donald Trump’s business empire, at which point he was still in office. According to James, the investigation began after Michael Cohen, a former Trump attorney, testified to lawmakers that the then-president had deliberately “inflated the values of his assets” in financial statements in order to “obtain favorable terms for loans and insurance coverage.”

James has since filed a lawsuit looking to compel the Trump Organization to comply with subpoenas related to the investigation, accusing it of stalling and withholding documents, but until Tuesday had not spoken of any criminal aspect of the probe. However, Manhattan District Attorney Cyrus Vance Jr., who led a separate investigation into the Trump Organization, claimed in court documents last year that his office was looking into “protracted criminal conduct.”

Though the Trump Organization has yet to comment on the latest announcement, Trump himself has previously denied any wrongdoing, also accusing the AG of “politically motivated harassment” following a separate lawsuit that centered on his now-defunct charitable foundation. That case – which concluded with a judge ordering Trump to pay out $2 million to various charities as a fine for misusing the foundation – was hailed by James as a “major victory.”

In an effort to dodge the crackdown, NRA filed for bankruptcy in New York hoping to reincorporate in Texas, but a Texas judge rejected the case earlier this month, claiming the NRA bid for Chapter 11 bankruptcy protection was filed in bad faith.