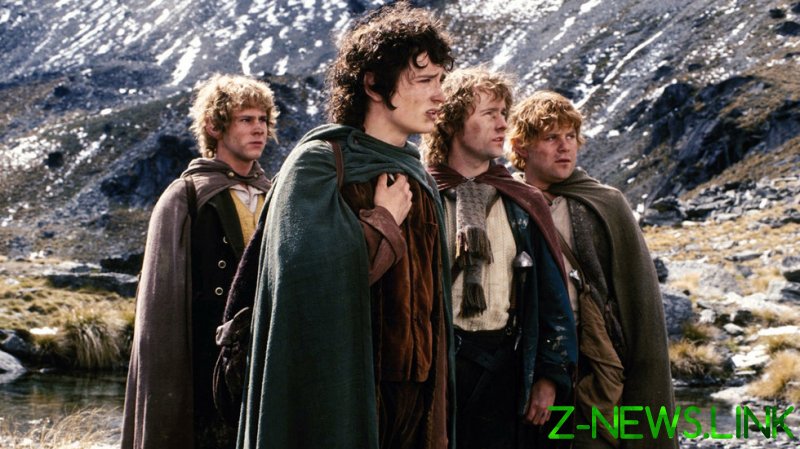 But there’s no worry of Amazon Studios going bust fulfilling its Middle Earth fantasies, because the New Zealand government is subsidising the series via a special 25% rebate for production costs. As well as being the most expensive TV show in history, Amazon’s Lord of the Rings project will also enjoy what is likely the biggest government cultural subsidy of all time.

Wellington’s Economic and Regional Development Minister Stuart Nash celebrated the mega-deal, commenting, “It is estimated that Amazon is spending up to $650 million [NZD] ($465 million USD) in New Zealand for Season One. The [agreement] entitles it to a potential rebate of 25% of this expenditure, or approximately $162.5 million.” Over the lifetime of the show, the New Zealand government could be on the hook to Amazon for hundreds of millions of dollars.

Inside the New Zealand/Amazon/Lord of the Rings Deal

The agreement between Amazon Studios and New Zealand’s Tourism Board, Film Commission and its Ministry of Business, Innovation and Employment was revealed when two Memoranda of Understanding were recently released under the country’s Official Information Act.

One memo covers the as-yet-untitled Lord of the Rings series as a whole, while the other covers the specific agreement and ‘deliverables’ for season one. While most of the information concerning plot-lines and characters is redacted, the full series document tantalisingly reveals that the show “will explore new storylines that precede J.R.R. Tolkien’s novel, The Fellowship of the Ring.”

While the national media coverage in New Zealand has understandably focused on the enormous financial size of the deal, the agreement outlines a wide collaboration, ranging from mutual PR efforts to research and development projects and help in evolving the local screen entertainment industry.

The full series memorandum details Amazon’s role in the R and D programs, including providing a delegation of “Subject Matter Experts” to an “innovation summit” with New Zealand government officials, to further plan out technical partnerships. It even lists the various areas the government would like Amazon to help them with, including, “Immersive Technologies – Augmented Reality, Virtual Reality and MixedReality; Drones and advanced aviation; Advanced fabrics and materials; Gaming; Machine Learning; [and] Space.”

For season one the document specifies the R&D focus areas as “Drones and advanced aviation and Space,”and even mentions Project Kuiper – Amazon’s plan to launch thousands of satellites as part of its ever-expanding corporate empire.

Why would a medieval fantasy featuring orcs and goblins involve or showcase top-of-the-range military and surveillance equipment? That much is unclear, especially when the equivalent contract with the producers of the Avatar sequels – which are futuristic sci-fi films and therefore a more natural home for collaborative R and D projects – contains no such provisions.

Nonetheless, the technical sophistication of the Lord of the Rings agreement highlights the propaganda element of the project, which is to the benefit of both Amazon and the New Zealand government.

The agreement outlines a very close working relationship on bilateral media and promotion operations. Amazon agreed to provide the government “with a complete overview of Season One location intelligence,general story arcs, and character development,” so the government could tailor its own national propaganda activities around the series.

The aim is laid out explicitly in the documents, which state that the purpose is: “To empower New Zealand to continue to materially and substantially increase the breadth and depth of New Zealand’s existing association with LOTR with a view tostrengthening New Zealand’s brand internationally.”

In practice, this means presenting New Zealand as the idyllic, primitive, almost utopian society of Hobbiton, which contrasts sharply with the reality that the country is a key player in the hi-tech Five Eyes mass surveillance partnership. Representing the nation through the medieval fantasy setting of Middle Earth enhances New Zealand’s reputation as a kind, beautiful, rural nation, distracting viewers from its central role in the global security state.

Likewise, Amazon has repeatedly been caught spying on its customers, and while the ostensible aim of Project Kuiper is to develop a satellite-based broadband internet service, it has been accused of being just another corporate surveillance tool. By associating itself with a stateless, low-tech fantasy land, Amazon is working to rehab its image as a technologically armed capitalistic behemoth.

Hobbiton’s usefulness as a propaganda tool is made clear in the memos, which devote lengthy sections to “New Zealand Branding Activities” designed to project the image of the country as the home of Lord of the Rings. One passage lists suggested marketing statements for use by the government, including, “100% Pure New Zealand, 100% Middle Earth.”

The memo also details the government’s rights around “Brand/PR storytelling and content creation opportunities to leverage New Zealand’s LOTRassociation throughout life cycle of partnership arrangement (not precluding New Zealand’s ability to continue to leverage past LOTR and Hobbit film trilogies and Hobbiton).”

According to the documents, this ‘leveraging’ will extend to incorporating government messaging into behind-the-scenes features and other promotional materials, with Amazon’s marketing team helping to shape the New Zealand government’s own promo campaigns around the series.

By replacing the real New Zealand with Hobbiton in the minds of audiences, the Wellington government – with assistance from Amazon – is covering up its status as a major player in the technocratic surveillance society. With the sort of stunning hypocrisy reserved only for those eating from the top table, it is simultaneously getting help from one of the world’s most invasive corporations to help it develop this technology further.

Technology, Tourism and National PR: But At What Cost?

Aside from technical partnerships and national branding, the Lord of the Rings films have also provoked a massive increase in tourism to New Zealand, which the government uses to excuse the expense of the grants and subsidies. As a result, the government is desperate to keep the Hollywood money and attention flowing in, as well as the consequent cash from movie-fan tourists.

This has seen high officials make no end of concessions to Hollywood, and the funding for the Screen Production Grant has expanded dramatically. The 2017 budget allocated $55 million (NZD), but this had to be topped up when the money ran out, and the increases have only continued. The budget for 2020/21 allows for $185 million in rebates, with the Treasury warning that these subsidies will add up to a whopping $1 billion over the next five years, to the detriment of more pressing needs.

It isn’t just government services that have been starved of cash as a result of New Zealand’s willingness to bend over backwards for Hollywood. During production on The Hobbit movie trilogy, a labour dispute arose after New Zealand performers found out they were being paid far less than their American counterparts and began unionising.

Emails between The Hobbit/Lord of the Rings director Peter Jackson and Minister of Economic Development Gerry Brownlee reveal that Jackson was opposed to the unionisation effort by New Zealand’s actors, branding it “toxic nonsense.” A memo records how Disney warned the government that if these attempts were not resisted then the studio would be “unlikely to continue with plans to bring future productions to New Zealand.”

There was a tense stand-off, and Warner Bros threatened to move production out of New Zealand altogether. The government relented, and passed the ‘Hobbit Law’, which redefined actors and crew as freelance workers rather than full employees, thus stripping them of their collective bargaining rights. Following a meeting between then-Prime Minister John Key and executives from Warner, a new tax incentive scheme was announced, increasing the subsidy to the production, and Key announced that he had saved the Hobbitmovies.

While officials in Wellington will defend the huge-scale subsidising of a TV series as helping to develop their local film industry, the reality is that New Zealand’s involvement in Tolkien adaptations has damaged the economic rights of their citizens, while costing them an enormous amount of money. No doubt the government feels that this is simply the cost of doing business when you’re trying to cover up for helping to spy on half of the world and rebrand yourself as a rural idyll, but I doubt the people of New Zealand will agree.