New US admin stands for same grotesque & brutal policies against Venezuela, shows just how little they actually CARE for people 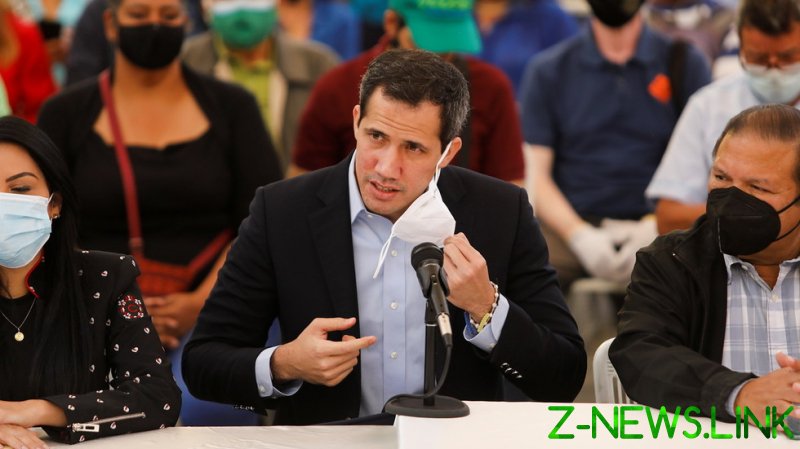 I’m sure the irony will not be lost on those who question the legitimacy of the US election that saw Biden take power.

Anyway, you would have to have been offline or in a coma for the past couple of years to not be aware of some key facts about ‘interim president’ Guaido and US “concern” for Venezuelans.

Venezuelans didn’t vote for Guaido to be president, he hasn’t even stood for president. Venezuelans voted for Maduro. America can huff and puff and whine, but that won’t change the reality.

Guaido named himself ‘interim president’, to the support of only roughly 50 countries – leaving a glaring nearly 150 countries not recognizing this Western-groomed stooge as Venezuela’s leader.

Further, Guaido not only isn’t president of the country, he is no longer president of the National Assembly. As a result, recently, even the EU dropped its recognition of Guaido as interim president. He is a Western-groomed thug who fully backs America’s aggression and sanctions against his own country.

Venezuela’s election process has been recognized as transparent and effective, with former US President Jimmy Carter in 2012 calling it “the best in the world.” On the other hand, Venezuelan opposition, as well as Western nations, have interfered with and attempted to sabotage elections.

As for America’s grave “concern” for Venezuelans, the US in February 2019 staged a “humanitarian aid” delivery via Colombia (“aid” which contained nails and wire, likely meant for opposition barricades), blaming Maduro for “burning food & medicine,” when in fact the trucks were burned by “opposition” supporters. That same month, President Trump threatened military intervention against Venezuela.

The US allegedly sabotaged Venezuela’s power grid in March 2019 (and then blamed the Maduro government for the power failure).

And two former US Special Forces soldiers were in May 2020 arrested in a failed invasion (with the goal of capturing Maduro) which allegedly the Trump administration and Guaido himself were involved in.

President Maduro blamed the August 2018 drone assassination attempt on Colombia and elements in the US. The US was also linked to the kidnapping and coup against former Venezuelan President Hugo Chavez.

But aside from those and many other provocations against Venezuela, it is the brutal sanctions against the country that is a clear indicator of just how little America cares for the people.

As many have already surmised, the Biden administration is a continuation of the previous admin’s policies, and Blinken is the new Pompeo. They even sound the same.

And of course, their American speak on Guaido is also the same, with both Blinken and Pompeo feigning concern for the lives of the Venezuelan people.

The guy just isn’t popular in Venezuela, not now, not back in early 2019 when America & allies tried to foist him onto Venezuelans.

When I traveled to Venezuela in March 2019, aside from documenting the lack of chaos that Western pundits and media insisted was ongoing at the time, I also tried to find evidence of the massive support the same pundits and media claimed Guaido had.

I had seen on various occasions massive demonstrations of solidarity with President Maduro, the man who average Venezuelans support, particularly impoverished indigenous and Afro-Venezuelans who are conveniently ignored by Western media.

On March 30, I spent a good chunk of the day riding around on motorcycle taxi trying to find pro-Guaido protests which had been advertised, instead at designated sites and times finding none, a trickle, or pro-Maduro protesters instead.

Later the same day, I saw another massive pro-Maduro demonstration.

In encounters with Venezuelans during my few weeks in Caracas, I met people who made clear they didn’t support Guaido and what they were fighting for.

In a hilltop community, one such man told me:

“We are poor people, but we are proud, we have dignity. We are fighting against Imperialism, against rich people that want our country, that want us as slaves, that want our oil, our water. But we will win.

The governments of the United States and other nations want to tell everybody that we are starving, we are dying in the streets, we are being oppressed by our government. But we’ve never been more free than now, in spite of all the problems we do have.”

He and others spoke of the extreme racism and discrimination Afro-Venezuelans and indigenous Venezuelans faced before Chavez came to power.

I won’t even repeat some of the unbelievable racist slurs they were subject to.

Some months later, back in Ontario, I met Ronald Abache, an Afro-Venezuelan who attended a lecture I gave. During the question period, he was so articulate about racism in Venezuela, “very alive, but hidden under class status,” that I asked to record his words.

“In 1999, for the first time ever in any country in South America, a law was passed to not discriminate against people of color. People that never had a voice now have one and will never give it up again. You can go to the remotest area in my country and everybody can read. Everybody knows their rights and knows that their voice counts.”

He also challenged the opposition to answer one question:

“What would they do different? What is their plan? If they’re planning to go back to those great old days (sarcasm), the people are not having it. Two million militias, old people, young people, everybody knows what the United States is doing. My mother is 70, she’s about to join the militia!”

These are just some of the people marginalized by Western media and politicians. The ones who claim concern for Venezuela.

As Mr. Abache noted, Venezuelans themselves aren’t going to accept US hegemony, not only the leadership. I got a powerful sense of that in the demonstrations I observed and from the people I spoke with.

The new Biden administration may want to pressure Venezuela into compliance, but the people won’t accept that.