Home / policy / New U.S. Ambassador to Russia made a loud statement about Ukraine

New U.S. Ambassador to Russia made a loud statement about Ukraine 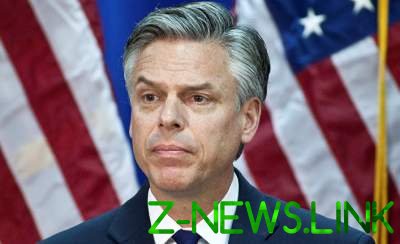 The diplomat said that Ukraine is the key to improving relations with Russia.

This was stated by the new US Ambassador to Russia John huntsman in salt lake city on Saturday evening, 7 October.

According to Huntsman, the relationship between the US and Russia – “the most complex in the world,” characterized by “a low level of confidence.” Its main objective as Ambassador, he believes the restoration of relations between Washington and Moscow.

“We should not think that will happen easily or quickly. But I believe that with good will on both sides we can overcome the crisis and begin effective work together to solve several key issues,” added John huntsman.