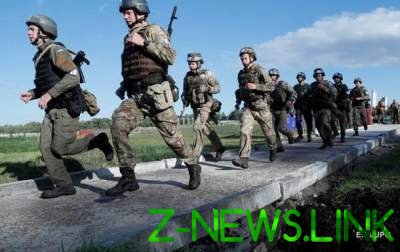 Ukrainian troops are superior to the armies of NATO countries in some areas of combat experience, says the commander of OOS.

“Ukrainian army today is not much different from the armies of NATO countries, and combat experience – in some ways even goes ahead. But joining NATO to get there. And the steps are clearly defined the relevant doctrines and the legal documents of the government and the Armed forces,” said New.

According to him, the period of Ukraine’s accession to NATO is not so far away.

“Ukraine has long and consistently holds the policy of joining the North Atlantic Alliance. All preliminary, until 2014, the history of the independent Ukraine is also done, but was done slowly and hesitantly. The last five years is as rapid spurt forward,” he said.

See also:  Residents of Kyiv Raw warned about traffic jams before the end of the month

In particular, according to him, the active promotion observed in all that relates to joint exercises and joint action in peacekeeping units training with instructors from the armies of different countries, military science, logistics and other fields.