The company Meizu is preparing a jubilee 15 Plus smartphone, which will be released in the new year and become a gift to all fans of the brand on its 15th anniversary (opening date Meizu – 2003). Today, the mobile phone appeared on the new image, so now his design has ceased to be a secret. 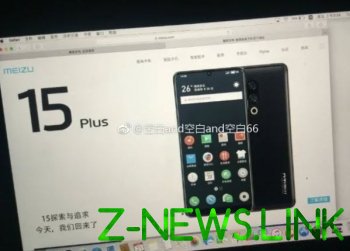 In fact, the Meizu 15 Plus is an exact copy of Essential Phone due to the cutout for the camera, but the bottom screen frame is noticeably thinner. In the back there is no second display, but there are dual camera, circular led lighting and fingerprint scanner. It is unlikely that he will get the top processor from Qualcomm – instead, there will be Helio X30 or MediaTek or Snapdragon 670, which is still not officially presented. The screen of the smartphone is IPS panel Full HD+ with a diagonal of 6 inches and an aspect ratio of 2:1 or as fashionable to say, 18:9.

Other filling Meizu 15 Plus includes 6 GB of RAM, hard drive 128 GB, 8 Android OS with a proprietary shell FlyMe, as well as NFC for contactless payments. The smartphone will come in two versions – will have a normal Meizu 15 with a smaller screen and 4 GB of RAM, and it will cost in the range of $455, while the Meizu 15 Plus will have to pay $530. While it is unknown, he is better than Xiaomi Mi same Mix OnePlus 2, and 5T, which are now in the neighborhood of $500-$550. 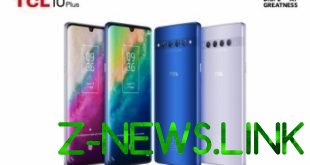 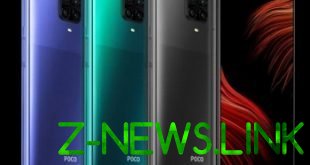