Home / phones / New Nokia 3310 has not got accustomed in Russia

New Nokia 3310 has not got accustomed in Russia

Cell phone Nokia 3310 sample 2017 2017 shown at MWC earlier this year, was released in Russia in a little later, in may of this year. The HMD Global holding company that owns the brand Nokia c recently, expected to play on the nostalgia of consumers in previous devices of this brand, and it almost worked, but the new 3310 still take not so willingly, as I would like the management of the holding. Why? 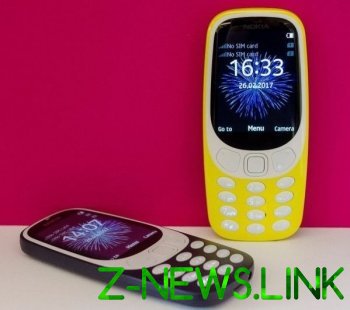 The Nokia 3310 is a great machine for the money, and the author of these lines was also owned for a short time, but he has a staggeringly huge drawback: it costs almost twice as much as their counterparts from other manufacturers. Coming in may at a price of 4000 rubles, it is still exactly the same, without having any competitive advantage over classmates for 2000 rubles.

Thus, in Russia for July of the current year, were sold 27000 copies Nokia 3310, while the budget smartphone Samsung galaxy J1 with 8 GB of internal storage has sold 127000 copies in the same period of time. Even Eldar Murtazin, a well-known analyst, said that the main problem of the phone is its price, since for 4000 rubles, you can buy even basic, but still an Android smartphone. But representatives of Svyaznoy and Euroset insist on the opposite, arguing that the demand for the new Nokia 3310 is consistently high. Who to believe?