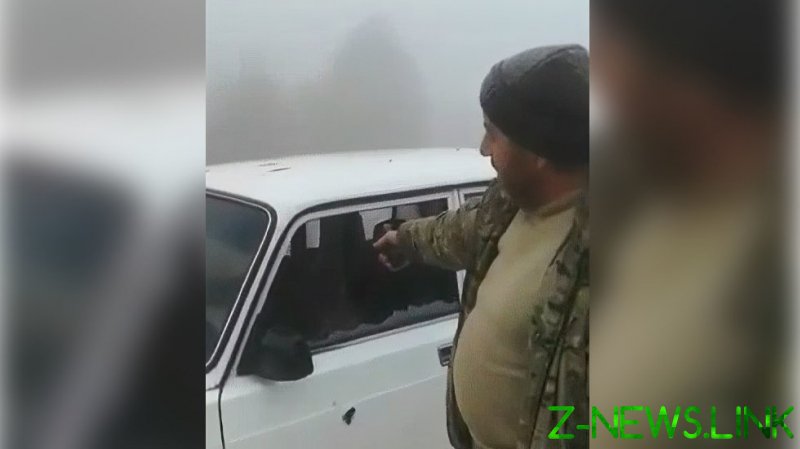 “Friends, there’s an Armenian mug there,” the man says, pointing to a white car bearing Armenian license plates. “I killed him.” As the camera pans to show a corpse in the front seat, he adds, “we are cutting off their hands, so they don’t raise weapons. Let that be a lesson to them.” The footage and translation, which is unverified, was shared widely on the Telegram messaging service.

Amnesty International, a human rights NGO, announced on Thursday that it had authenticated 22 videos arising from the conflict, that show executions, abuse of prisoners and desecration of the bodies of those who have died.

“The depravity and lack of humanity captured in these videos shows the deliberate intention to cause ultimate harm and humiliation to victims, in clear violation of international humanitarian law,” said Denis Krivosheev, Amnesty International’s head of research in Central Asia.

The warning came as thousands of Azerbaijani troops staged a victory parade in the capital. They were joined by Turkish President Recep Tayyip Erdogan who, in a fiery speech, said that Armenians should not seek to overturn the result of the ceasefire settlement that put swathes of land in Nagorno-Karabakh under the control of Baku. “If the Armenian people can learn from the Karabakh war, a new era will begin in the region,” he added.

Earlier this week, Armenian protesters opposed to the deal clashed with riot police in Yerevan, as they tried to push their way into the office of Prime Minister Nikol Pashinyan during a cabinet meeting.