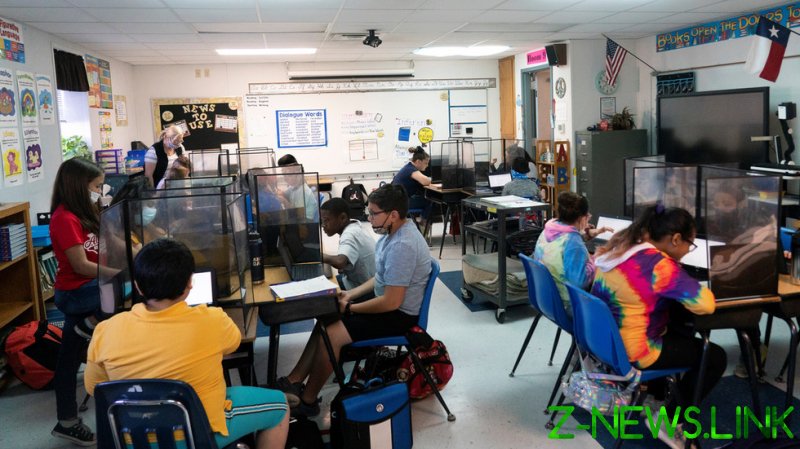 The graphic was sent out by the principal of East Side Community School in New York City, according to a report from City Journal’s Christopher Rufo, but its author is Northwestern University associate professor Barnor Hesse.

According to Hesse’s theory, there are eight “white identities.” In the graphic, they are color-coded from green to red in terms of whether they are good or bad. The most green or best version of a white person is a “white abolitionist,” followed by  a “white traitor.”

The worst “identity” for a white person is a white supremacist and then white voyeurism, then white privilege.

Hesse goes on to provide handy explanations for each of his terms. White voyeurism, for instance, is defined as someone who “wouldn’t challenge a white supremacist” and they “desire non-whiteness because it’s interesting, pleasurable.” They are also apparently fascinated with appropriating black culture.

A white abolitionist, on the other hand, is someone working to “dismantle whiteness” and “changing institutions.”

“It’s about time we build an ethnography of whiteness,” the graphic reads, “since white people have been the ones writing about and governing others.”

The graphic, as well as the news it is being used in a public school, drew sharp criticism on social media.

“This is the new language of public education,” Rufo wrote in reaction.

“Imagine the left-wing riots and media screeching if you substituted any other race for ‘white’ in this racist chart,” Western Journal writer Samantha Chang added.