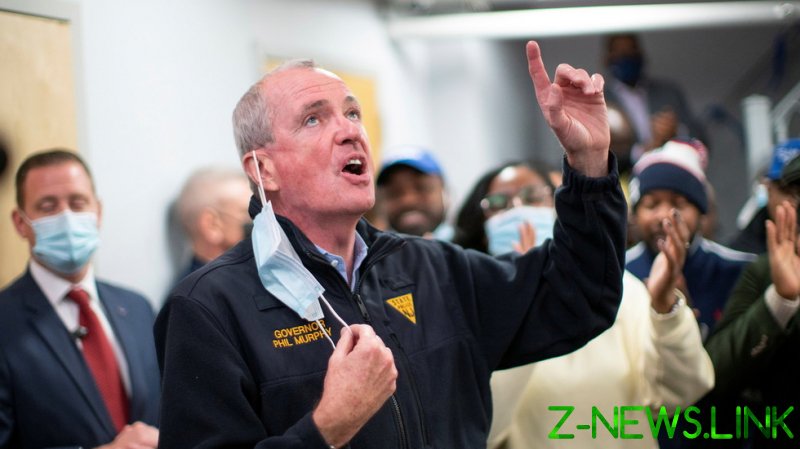 The state was found to have double-counted early votes in Hudson County, one of the most strongly “blue” counties in New Jersey. The adjustment saw incumbent Democrat Murphy lose 10,732 votes, while challenger Ciattarelli lost 2,842.

The two remained in a dead heat as of Wednesday afternoon, both polling at 49.6%, with Ciattarelli edging out his opponent by less than 1,000 votes.

The error was discovered as votes were still being tallied following Tuesday’s elections. It was the first year early in-person voting was offered in New Jersey, and the added layer of votes on top of Election Day turnout and mail voting appeared to contribute to the chaos bogging down the count.

While it’s not entirely clear why the state has taken so long to total its votes, there were numerous foul-ups at polling sites, including mishaps with new voting machines.

Some 56 districts failed to count votes on Tuesday night, with officials blaming “poll worker error.” The districts’ voting machines can’t even be opened until a judge issues an order, meaning it could be some time before New Jersey sees its final vote tallies. An Essex County clerk warned New Jersey residents not to “jump to conclusions” as to why the machines were shut down without first having their votes counted.

Five election districts in Paterson saw similar snafus as election officials “accidentally locked” the voting machines, and they too will require a court order to extract the vote counts.

Despite the lack of clarity, many on social media were quick to cry fraud with regard to both the Hudson County double-count and other apparent anomalies, including irregularities in wealthy Bergen County in the north of the state.

Bergen County deputy county clerk Steve Chong blamed impatient voters calling up for the tangled numbers coming out of his territory, noting that officials had “three different agencies” each counting a different type of vote – mail-in, early-voting, and Election Day tallies – which confused the issue. Additionally, mail-in ballots can be counted until November 8.

Others had predicted shenanigans in Hudson County the previous night.

Tuesday’s elections were something of a wake-up call for centrist Democrats, with Republican Glenn Youngkin beating out Democrat Terry McAuliffe in Virginia in addition to Ciattarelli’s neck-and-neck race against Murphy.