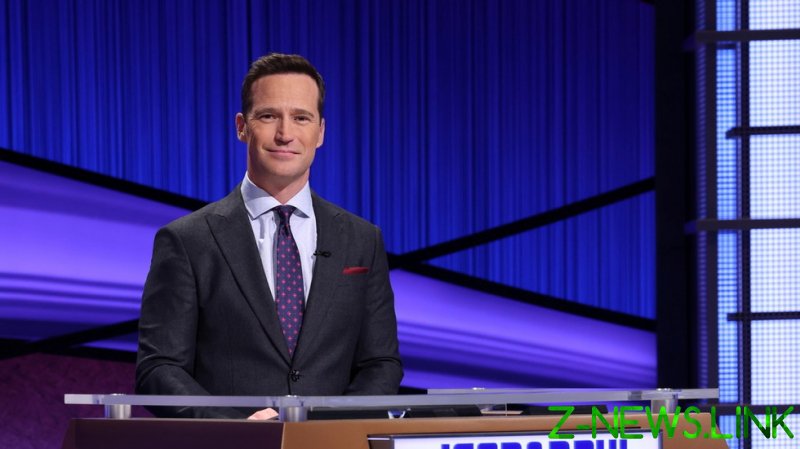 ‘Jeopardy’ is a mainstay of American television, and Alex Trebek was the beloved host of the game show for 37 seasons until his death from cancer last year. After a revolving cast of guest hosts filled his role, producer Mike Richards was selected to take over full-time presenting duties, Sony Pictures Television announced earlier this month.

That’s until past comments came back to haunt him. A lengthy investigation by The Ringer, a pop-culture news site, revealed this week that Richards made some less-than-wholesome comments on ‘The Randumb Show,’ a podcast he hosted between 2013 and 2014.

The Ringer pored over every episode of the show and discovered that Richards made disparaging comments about women – saying that bathing suits made them look “really frumpy and overweight,” and jokingly referring to co-host Beth Triffon as a “booth slut.” Richards made another comment about Jews having large noses, Asians being short, unemployed people being drug addicts, and the country of Haiti having a “urine smell.”

Richards initially apologized, saying that the podcast was intended to be “a series of irreverent conversations between longtime friends,” but that “looking back now, there is no excuse, of course, for the comments I made on this podcast and I am deeply sorry.”

However, Richards’ comments had attracted the attention of the Anti-Defamation League, which refused to accept his apology and called his statements “no laughing matter.”

“Stereotyping is an entry point to hate and his apology lacks acknowledgment of its harm,” the Jewish advocacy group wrote.

Richards eventually folded, and on Friday announced that he would be stepping down immediately. “Over the last several days it has become clear that moving forward as host would be too much of a distraction for our fans and not the right move for the show,” he wrote. “As a result we will be canceling production today.”

Richards will stay on as executive producer, and the show will resume its search for a permanent presenter.

Richards’ departure was the work of Claire McNear, the journalist at The Ringer who actually trawled through more than 40 episodes of Richards’ podcast. Her work canceling the prospective host was cheered on by her fellow woke types.

The hubbub over Richards’ comments is not the first such scandal to hit Jeopardy. Earlier this year, a group of 500 former contestants penned a letter demanding the show’s producers edit out an instance of one contestant using the word “Gypsy,” and making the forefinger-to-thumb ‘okay’ gesture, which some liberals think is a symbol used by “white power groups,” all on the back of a 2017 4chan hoax.

In another incident a year earlier, a contestant answered that the Church of the Nativity was located in “Palestine,” and was deemed wrong, with “Israel” being the correct answer, triggering outcry from some Palestinian rights activists since the church is actually located in the Palestinian town of Bethlehem.