Home / WORLD / New Jeffrey Epstein book ‘Perversion of Justice’ hints at plenty of accomplices fearing exposure… but will they ever be named?

New Jeffrey Epstein book ‘Perversion of Justice’ hints at plenty of accomplices fearing exposure… but will they ever be named? 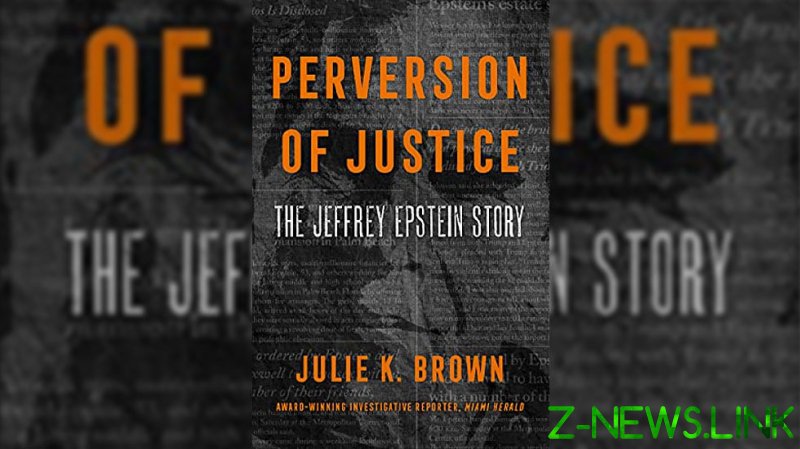 When the trial of Ghislaine Maxwell over her alleged complicity in trafficking teenage girls for sex with dead paedophile Jeffrey Epstein eventually draws to a conclusion, it is unlikely to be the end of this sordid, salacious saga.

Thanks to the mass of journalistic grunt work carried out by Miami Herald investigative reporter, Julie K Brown, and rigorously documented in her recently published ‘Perversion of Justice’, the recriminations will continue, law officials will continue to look over their shoulders and the victims will edge ever closer to closure, of sorts.

Because justice will elude the 34 women who have stayed the distance as legal proceedings against the disgraced financier dragged on, and were then ultimately derailed, when Epstein apparently chose the coward’s exit rather than face his accusers and hung himself with his bedsheets in his prison cell in the Special Housing Unit of New York’s Metropolitan Correctional Centre in August 2019.

While no one openly mourns the death of a sex monster, Epstein’s ranks of lawyers have attempted to paint his death as some sort of miscarriage of justice and Brown does take a close look at the circumstances surrounding it and comes up with… well, nothing certain.

The security cameras monitoring Epstein’s prison cell were on the blink at the time of his death, the two guards supposedly keeping watch over him – following one earlier unsuccessful attempt at suicide – were both found fast asleep on the job, and it was clearly documented that their charge was ill-suited to the harsh realities of prison life.

Brown also suggests that selecting Nicholas Tartaglione, a former upstate New York police officer facing quadruple murder charges, to be the bunkmate of Epstein, following his 2019 arrest on federal charges of sex trafficking minors, might have been considered a bit more carefully.

But, frankly, any attempt to garner sympathy for the loathsome billionaire is hard to stomach, no matter how or at whose hands he finally shuffled off this mortal coil.

Anyone who has followed this story will see parallels in the way that Maxwell’s legal team is behaving in the run-up to her trial. Ever since her arrest, smarmy, disingenuous, top-flight lawyers have been trying to weasel bail, better prison conditions and more lenient treatment for their client, even enlisting the help of her brother to claim she was being kept in conditions as bad as those in the USA’s notorious rendition prison in Guantanamo Bay.

In the pleas to the court to go easy on Maxwell, there is never any mention of the countless lives of pretty young teenagers that were destroyed by cynical manipulation to coerce them into having sex with Epstein and his rich powerful pals, before they were discarded like the soiled towels the pervert would use three or four times a day after assaulting his latest ‘private masseuse.’

While Maxwell’s trial should certainly be a significant step forward in reaching closure on this case, and the total of $67million paid out in compensation to some of his victims also helps, after reading ‘Perversion of Justice’ you can’t help feel there is substantially more to be revealed, that, were it to be made public, would rupture the US political and legal establishment.

In one instance that Brown explores, it’s surely significant that no one has been able to extract from bureaucracy the unredacted flight manifests of Epstein’s private jet trips down to his personal slice of the Caribbean, dubbed ‘Paedophile Island.’ Rumours abound, meanwhile, about the identities of the rich and powerful men who accompanied the financier on his jaunts to the island of Little St James, along with the many teenage girls, for sordid sex in the sun away from prying eyes.

While money and power shield many of those who embraced Epstein’s hospitality, 59-year-old Maxwell’s pending trial could identify some of those accomplices who would much prefer they were never mentioned. This might prompt some of those unnamed former associates of Epstein into working on Maxwell’s behalf, calling in favours from powerful friends behind the scenes, attempting to coerce prosecutors and police and enlisting private investigators to dig up information that might deter her inquisitors from taking too close a look at all the details. Obviously, a carefully worded plea bargain would be in all their interests.

Because that’s how Epstein worked and Maxwell, without question, learned a lot from her former boyfriend. Of course, that would mean the search for truth would again be stymied.

What does offer hope is that the political and legal landscape in the States has changed since Donald Trump, a long-time pal of Epstein, left office and the more ‘colourful’ members of an inter-connected band of high-rolling lawyers, politicos and influence peddlers scattered in the wind. Some of the creepier rockspiders themselves have been arrested, charged and jailed for various misdemeanours while others have quietly scuttled off, hoping no one notices.

Talk about the wider trafficking network that Epstein established seems to have gone quiet, particularly since the arrest of French modelling agent Jean-Luc Brunel over rape and sexual assault charges.

If that is true, then maybe justice of sorts can be found. Maybe Maxwell has no cards left to play and will spend the next few decades behind bars and Epstein’s victims, like Virginia Giuffre and Courtney Wild, can carry on with rich and fulfilling lives.

Or maybe something darker will emerge and Epstein’s crimes will become Maxwell’s crimes and the crimes of others. One thing is certain: only when the fallen socialite steps into the courtroom on November 29, will we even begin to know if we are anywhere near the end of this shameful perversion of justice.