Home / WORLD / New HBO documentary ‘Q: Into the Storm’ is just like QAnon in that it is vapid entertainment selling itself as truth

New HBO documentary ‘Q: Into the Storm’ is just like QAnon in that it is vapid entertainment selling itself as truth 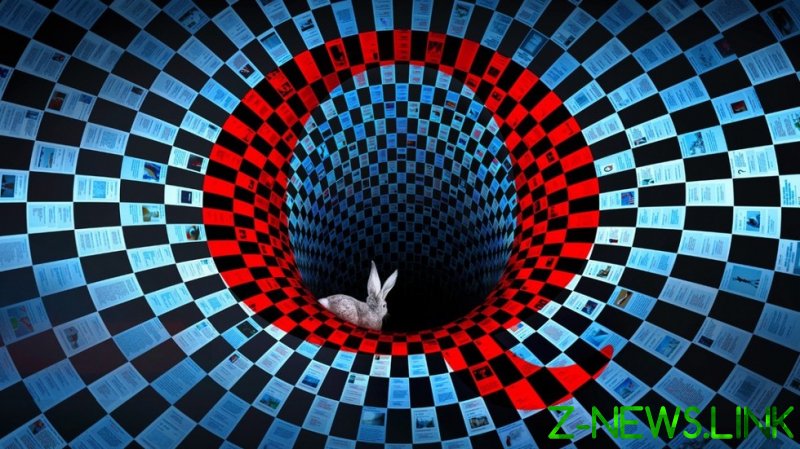 Q: Into the Storm is the new HBO documentary miniseries that explores the QAnon conspiracy theory and the collection of people mixed up in it.

The first two episodes of the six-part series, produced and directed by Cullen Hoback, premiered on HBO and HBO Max on Sunday night. The final four episodes will air over the next two Sundays.

QAnon, in case you are blissfully unaware, is a conspiracy theory revolving around statements made online by an anonymous person or group of people called ‘Q’. QAnon believers think Q is a high-ranking insider who is working against a cabal of deep state power players involved in all sorts of nefarious activities, up to and including cannibalism and pedophilia.

According to Q, President Trump was meant to bring forth the revolutionary ‘storm’ that would round up and eliminate all the baddies in the world.

On its surface, and as Q: Into the Storm reveals, beneath its surface too, QAnon is an embarrassingly inane exercise in intellectual dwarfism and infantile emotionalism.

Although, to be fair, as both a denizen of Hollywood and a lifelong Catholic, I can attest that powerful people conspiring to sexually prey upon children and cover it up isn’t exactly far-fetched. Throw in Jeffrey Epstein, with his elite client list and the rather improbable story surrounding his supposed suicide, and the notion of a cabal of sexual deviants ruling the world is certainly much less insane than the mainstream media would have us believe.

A major problem with Q: Into the Storm, though, is that it fails to address this obvious context when contemplating the unasked question of why people would fall for this QAnon nonsense in the first place?

Belief in Q may be ludicrous, but considering the context within which it came to be, it isn’t illogical. The elite media and the political establishment lie, brazenly and constantly, about subjects both big and small, so embracing a conspiracy theory that recognizes that often avoided but obvious truth has a logic to it. However, Q: Into the Storm never acknowledges that context, and that ultimately erodes the documentary’s credibility.

The main narrative device of the documentary is that it follows filmmaker Hoback as he delves into a sordid and strange cast of characters in search of who the real ‘Q’ might be.

The first two episodes are like a walking tour of the Island of Misfit Toys, as the QAnon ecosystem is riddled with delusional desperados, each one more bizarre than the next.

The documentary’s deepest dives in the first two episodes are into the history and drama behind QAnon’s various internet homes and the personalities, like Fredrick Brennan and Jim and Ron Watkins, who run them.

What is so disorienting about the documentary is that it portrays QAnon as an odious, ominous entity in the world, yet sets a very whimsical tone for Hoback’s goofy global jaunt to find Q.

The mainstream media refer to QAnon as a cult, and they point to the riot – or as the establishment calls it, the “insurrection” – at the Capitol on January 6 as evidence of how dangerous this belief system truly is.

The elite media’s fear and loathing of QAnon is so extreme that some critics are aghast that Q: Into the Storm had the temerity to actually let believers speak on camera, believing that putting a spotlight on the movement may spread the deadly infection of QAnon disinformation further.

In the documentary, QAnon is described as “part interactive game, part religion and part international movement,” and I think that is an accurate assessment. I also think it is an apt description of more establishment-approved cults like Black Lives Matter and its unfalsifiable philosophy of Critical Race Theory.

The reality is that QAnon is certainly an absurd conspiracy, but it is no more absurd than the ridiculous conspiracies the establishment adamantly propagates.

Are the QAnon kooks any more idiotic than the Maddow morons, Russiagate fantasists, and the BLM brigade of buffoons?

No, they’re not. The reality is that these QAnon/BLM/Russiagate dupes, dopes and dips**ts are all drinking the same brew of desperation, delusion and disinformation, just from different mugs.

QAnon, BLM and Russiagate exist as wish fulfillment apparatuses that tell their slavishly clueless congregations exactly what they want to hear, and then leave it to the faithful to contort themselves in spectacular ways to assiduously make those fantasies into their reality.

The reality regarding Q: Into the Storm is that it thus far fails to be a worthy documentary mini-series because, just like QAnon, it is merely vapid entertainment selling itself as a vehicle to truth, and ultimately is an exercise in confirmation bias meant to distract, not enlighten.