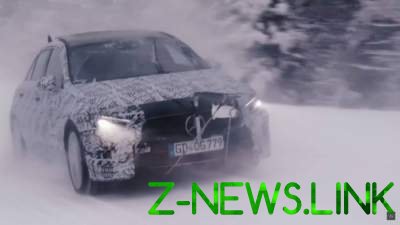 The world premiere of a new hatchback Mercedes A-Class will be held in March in Geneva.

Mercedes-Benz started the final tests of the new generation of compact 5-door hatchback Mercedes A-Class. It is expected that the official premiere of the novelty will take place in March at the Geneva motor show.

Work on the new Mercedes A-Class began four years ago. During this time, the Germans created his first concept, then test a prototype, and finally finished the production version. Sweden has already started its final test, as evidenced by the new Internet photos and a short promotional video clip.

Unfortunately, this new hatchback is still well-camouflaged, so it is hard to say something specific about its design. Seems he got more aggressive design than ever before.

The new A-Class even tested in a climatic tunnel, where the temperature is -28C°. Apparently, the test was successful.

Earlier it was reported that A-Class new generation will get new infotainment system, which will be premiered in a couple of weeks during the exhibition of technologies CES in the United States. The top version of this system will have two 10.25-inch display.

The engine range will include new petrol and diesel units. Among them, the need to allocate a new four-cylinder 1.3 liter petrol engine with turbocharging, developed by engineers at Daimler and Renault. He has three options of power – 115 HP, 140 HP and 160 HP
Mercedes-A-Class-3

The world premiere of a new hatchback Mercedes A-Class will be held in March in Geneva. At the end of the year may be a version in the sedan. 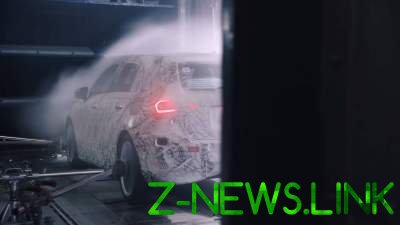 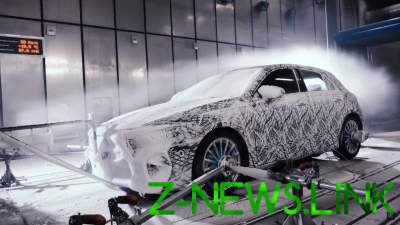