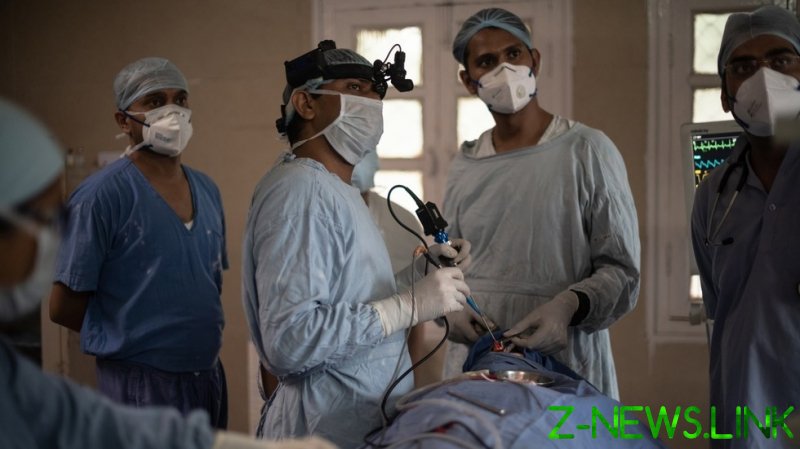 A 34-year-old man in Madhya Pradesh, a large state in central India, is believed to possibly be the first patient diagnosed with the new type of fungus, local media reports. Scientifically known as Aspergillosis infection and said to be relatively uncommon, it affects the lungs.

The man had been treated for Covid-19 for two months – one of which he spent in an intensive care unit – before he was released from a hospital. However, back at home he started experiencing nose bleeds, fever and weight loss. Doctors first thought he had contracted black fungus, or mucormycosis, but tests apparently showed the green type of infection, Indian news media company NDTV reported citing his doctor, Ravi Dosi. The patient was airlifted to Mumbai for further treatment, as 90% of his lungs have been affected, according to The Times of India daily.

“This possibly is the first green fungus case in the country,” a local health department official, Apoorva Tiwari said, as quoted by India’s ANI News agency.

Dosi, who is the head of Chest Diseases Department at Sri Aurobindo Institute of Medical Sciences (SAIMS) in Indore, warned that more research is needed on the new fungus. He also explained that “it is not that the fungal infection gives color shades in the body.” The name comes from shades that appear during laboratory tests with various types of fungal infection, he said.

Fungus cases have emerged in India as the densely populated Asian country has been battling the coronavirus pandemic. At least three ‘color’ types have been detected in Covid patients, with the deadly black one hitting the worst, and several states having declared it to be an epidemic.