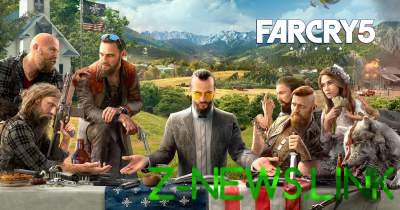 Gameplay based shooter expected to remain the same.

Ubisoft has released a trailer for “Uprising”, which reminded players that the main villains of Far Cry 5 — cultists from the organization “Gates of Eden”. To defeat the fanatics, we will need to recruit residents of the district hope in resistance.

However, more interesting is the recent video from the channel of PlayStation — demonstration lasts nearly 26 minutes, and during this time, you can see a lot of interesting details.

Gameplay based shooter expected remained the same — the main character travels through the open world on the machine, capturing bases and completing missions. While developers have tried to strengthen the emphasis on the fact that Far Cry is “sandbox”. In the way always something happens — a wild animal will lash out at some poor bastard, in pursuit of the protagonist rush the helicopter. The developer claims that life in the open world never stops, even during missions, so some kind of hell can happen at any time.

Among the featured entertainments more fun that the race car is on fire — the main hero need to pass through checkpoints and reach the finish line. It is as if in the past we reproduce the most vivid episodes from the life of the deceased cab Clutch Nixon.