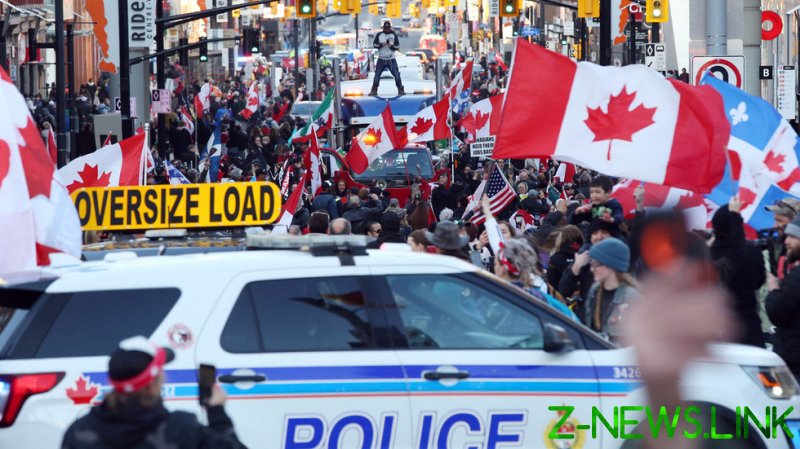 Canadian police said seven people were arrested and 24 vehicles were towed at a motorcycle rally in downtown Ottawa on Friday.

Bikers rolled into the country’s capital, while a group of anti-Covid mandate protesters on foot gathered outside the parliament building, some holding Canadian flags and playing loud music.

“There have been no reported injuries, and police remain in full control of city streets,” the Ottawa Police Service said, as vehicles were barred from entering certain areas around Parliament Hill.

The organizers were not clear about the goal of the Rolling Thunder rally, saying only that they wanted to “peacefully celebrate our freedom.”

Canadian media, however, reported that the event is linked to Freedom Fighters Canada (FFC), a group that opposes Covid-19 mandates and other so-called “tyrannical” legislation. 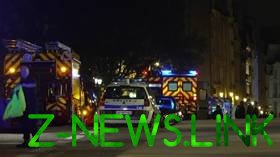 Neil Sheard, a key Rolling Thunder organizer, said on Monday that bikers were against blocking the streets, property damage, or “hate and vitriol directed to the residents of Ottawa.” He said the bikers will leave the city after the two-day event ends, according to the Ottawa Citizen daily.

Mayor Jim Watson said before the rally that the city wanted to avoid traffic disruptions that occurred during the Freedom Convoy protests earlier this year.

People rallying against the vaccine mandate rolled hundreds of trucks and other vehicles onto the streets in downtown Ottawa for weeks in January and February. To deal with the truckers, Prime Minister Justin Trudeau invoked the Emergencies Act for the first time since it was adopted in 1988. Police dispersed the convoy, making multiple arrests.

“We have all hands on deck on this,” Watson said on Monday. “No one wants a repeat of what happened during the truckers’ convoy, and that’s why I believe that we are more proactive and better-prepared to deal with the issue.”