New footage shows Ma’Khia Bryant say she’s ‘going to stab f**k out of you, b*tch’ before lunging at woman with knife (VIDEO) 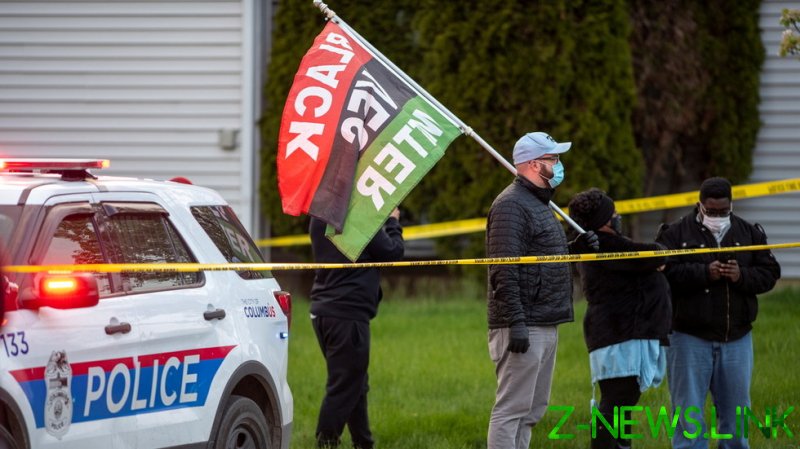 The 26-second video captured by a garage camera across the street from the scene of the shooting shows Bryant walking down a driveway toward other people as a police car pulls up and the officer exits the vehicle. Bryant eventually charges at another woman and screams, “I’m going to stab the f**k out of you, b**ch,” before being shot multiple times.

Police bodycam footage released after the shooting also appeared to show Bryant attacking two people with a knife, but critics have still questioned the use of lethal force by the officer, who has been identified as Nicholas Rearden and is now under investigation.

Neighbor Donovan Brinson released the new footage to police and has said he believes it proves Rearden had no choice but to shoot.

“He could have either not fired and the young lady in pink could have been stabbed in the neck and brutally or fatally injured and then he could shoot [Bryant] and we could have had two [young women] dead – or he could have responded in the way that he did and one young lady lost her life,” Brinson told Fox News on Thursday.

In a Thursday statement, Bryant’s family demanded “justice” for the teenager.

“While we remain encouraged by public support and all of the prayers shared with us; at the end of the day, we know nothing will bring back our beloved Ma’Khia. We respectfully request justice for Ma’Khia Bryant,” the statement read.

While Bryant’s death has prompted protests against police brutality and condemnation from Black Lives Matter activists, many critics took to social media to argue the new footage contradicts the narrative that Bryant was a victim of excessive force.

Columbus Mayor Andrew Ginther said the teen’s death was a “failure of the community” in a statement to reporters this week and promised that Rearden “will be held accountable” if he is found guilty of wrongdoing by the current investigation.