Home / WORLD / ‘New California’ and ‘New Nevada’ sign on to Texas election fraud lawsuit, but what exactly are they?

‘New California’ and ‘New Nevada’ sign on to Texas election fraud lawsuit, but what exactly are they? 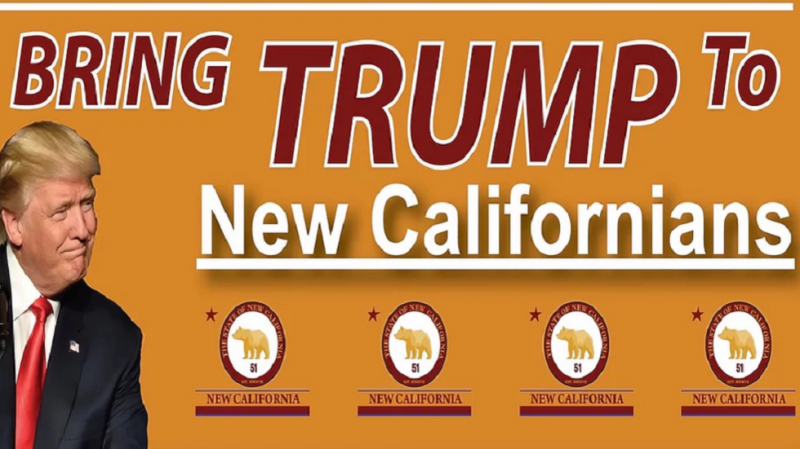 Texas’ Supreme Court lawsuit – supported by 18 other states, President Donald Trump, and 106 Republican congressmen as amici curiae – seeks to block the seating of electors in Georgia, Michigan, Pennsylvania and Wisconsin, alleging that Joe Biden’s victory in these key swing states was fraudulent.

Two more states joined the suit on Friday, New California and New Nevada. Attorney Robert E. Thomas filed an amicus brief on behalf of the two states, alleging that they are “impacted by the arbitrary and capricious changes in election laws and procedures [that] occur with unfortunate regularity in the current States of California and Nevada,” among them the introduction of mail-in balloting and alleged counting of illegal votes.

The brief is similar to those filed by the 18 states backing Texas’ suit, but for one key difference: ‘New California’ and ‘New Nevada’ do not exist.

The brief states that these fictional territories were “formed to stop the lawless actions of Governors Newsome (California) and Sisolak (Nevada).” Essentially, New California and New Nevada are stand-in names for the red, rural areas of these states,

Thomas did not come up with this idea. ‘New California’ was founded in 2018, when a group of dissatisfied right-wingers published a ‘Declaration of Independence’ online, calling Democrat-run California “ungovernable.” The proposed state would encompass all of present-day California minus San Francisco, Los Angeles, Sacramento, and their surrounding hinterlands.

The group claims that once the state-level legislature votes to split California, Congress would ratify the schism, and New California would come into existence. Unsurprisingly, it has not made much progress on this plan.

The New Nevada State Movement followed suit a few months later, with the goal of “peacefully forming a new state out of rural Nevada.” As in California, those behind the movement claim that the liberal politics of Clark County – where Las Vegas is situated – do not reflect the views of the state as a whole.

Thomas is the chairman of the New Nevada State Movement, which appears to be based out of a strip mall in the town of Pahrump, 60 miles west of Las Vegas in Nye County.

Whatever the final result of Texas’ lawsuit, the New Californians and New Nevadans aren’t the only Americans looking to carve out a slice of the country that they feel fits them better. Conservative talk show host Rush Limbaugh caused controversy on Thursday when he described the US as “trending toward secession,” elaborating that “there cannot be a peaceful coexistence of two completely different theories of life, theories of government, theories of how we manage our affairs.”

On the other side of the aisle, liberal pundit Amy Siskind whipped up her own storm of controversy on Thursday too, when she tweeted, then deleted, a map showing a united US and Canada, with both countries’ liberal states and provinces called the “United States of Canada,” and the remaining US south and heartland dubbed “Jesusland.”