New book charts the rise of oddball billionaire Peter Thiel, the mega-nerd who became the most powerful man you’ve never heard of 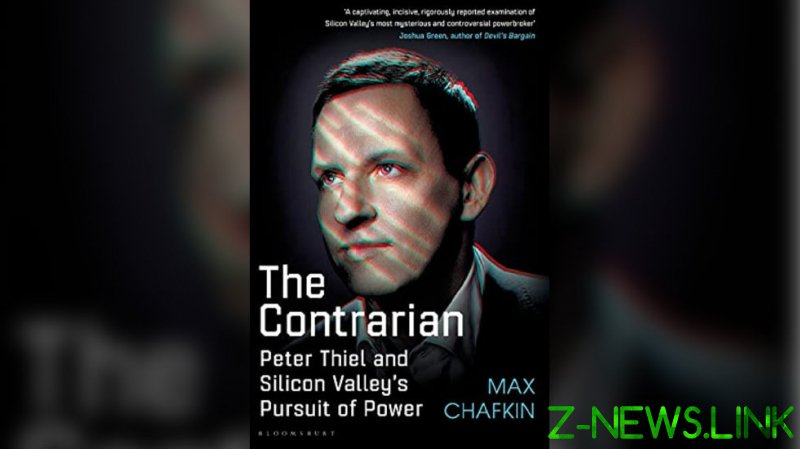 People are used to strange behaviour from the band of bonkers billionaires who run US tech giants, but the one most people have never heard of, Peter Thiel, is far and away the strangest of them all.

The reason most of us aren’t as familiar with Thiel as we are with Amazon’s Jeff Bezos, Facebook’s Mark Zuckerberg or Space X’s Elon Musk, is that he’s always been more of a money guy – an investor, rather than an innovator, not just in the tech sector but more recently, in the political realm as well.

Having made his initial fortune as the first outside investor with PayPal, he now has key investments either personally or through his Founders Fund in, among others, Facebook, Uber, Airbnb, Lyft, Stripe, LinkedIn, Spotify, and secretive big-data company Palantir Technologies, named after a ‘seeing stone’ in that geek favourite, ‘Lord of the Rings’.

Now, journalist Max Chafkin’s book about Thiel – ‘The Contrarian: Peter Thiel and Silicon Valley’s Pursuit of Power’ – looks at just how this mega-rich outlier has built his fortune on the success of others, which, while maybe not demonstrably admirable, is still one route to the top.

Although Thiel himself would happily wear the sobriquet of contrarian and the suggestion that his is a mind free of the baggage of conventional thinking, what the book really highlights is this super-nerd turned billionaire investor is a spaghetti-like mess of contradictions.

And in no particular order, those contradictions include the fact that he was the founder of the Stanford Review newspaper, where he supported and encouraged a toxic atmosphere of homophobia, despite being gay himself.

He was the first outside investor in Zuckerberg’s Facebook, and remains on its board, but his own social skills are so odd that he struggles with even the most basic of conversational pleasantries, and took meetings with senior government figures, including then-US Commerce Secretary Wilbur Ross, while wearing just a T-shirt and underpants.

When he had finally curated his role as a self-declared disrupter of norms and advocate of free speech, he went out of his way to destroy the media organisation Gawker after he felt that it had wronged him. Over time, he used his immense wealth to fund a lawsuit deploying, of all people, wrestling star Hulk Hogan as his Trojan Horse to wipe Gawker and its founder Nick Denton off the map.

In another instance, he was not only a free-wheeling libertarian denouncing the so-called ‘Deep State’ and plotting to build city state ‘seasteads’ free of government control out in the Pacific, he was also working to be the ultimate Washington insider, buddying up to President Trump, recommending his pals for top government jobs, and suing for the right to bid for lucrative defence contracts worth hundreds of millions of dollars for Palantir Technologies.

A key player in the predominantly progressive Silicon Valley, yet described by one source as “Nazi curious” over issues such as race and immigration, he was appointed to Trump’s transition team in 2016. The man that Chafkin presents has gone out of his way to appear as a public intellectual, when in fact he remains a private reactionary.

Does it matter? Should we care? Because unlike Bezos, Zuckerberg, and Musk, who have seen their modest starts turn into truly global businesses with large-scale operations and taxes due in multiple domains around the planet, Thiel’s international reach is something different. While he might have properties around the world, his real focus remains largely domestic, as he seems more concerned with promoting his carefully constructed ideology than actually making anything tangible. I might be wrong, I don’t know the guy, but nothing in Chafkin’s study suggests Thiel has plans like Zuckerberg’s attempt to turn Libra into a global currency or Bezos’ and Musk’s efforts to send people into space.

In fact, Thiel’s most well-known international foray was into New Zealand. He controversially prised Kiwi citizenship from a pliant government with promises of huge investments that never materialized, and bought a luxury home – known locally as the ‘plasma house’ for its 15-metre-wide window – along with a large slice of property, understood to be the proposed site for a secure bunker to shelter from the coming apocalypse. Once he had all this, he never visited New Zealand again.

It might be passed off as simply inconvenient if this episode was a one-off, but Chafkin reveals that Thiel has form for blowing very hot before turning ice cold on various projects and investments. There was the ‘20 under 20’ scheme he ran, open to young dreamers which would give bright young things $100,000 over two years to realise their tech ambitions.

These ‘Thiel Fellows’, in reality, struggled for their mentor’s attention once the initial PR spotlight dimmed and were largely left to their own devices. They soon realised that supporting themselves on $50,000 a year in San Francisco was a drudge and that they had blown the chance of a college degree. The future was not what they imagined.

As for Thiel, he generally lost interest in the youngsters, their business problems, their headaches, and for the most part, their dreams.

Nowadays, however, we don’t hear so much of Thiel. He married his longtime partner, Matt Danzeisen and they live quietly raising their surrogate daughter. As for business, Thiel’s quite comfortable, thanks, and in terms of current projects… well, the less anyone really looks into the data-harvesting operations of Palantir, his big money-spinning interest which is now firmly embedded with the US military administration, the better.

It appears the contrarian has changed once again, and thanks to Chafkin, it’s clear that the awkward, chess-loving, unconventional nerd is no longer. Thiel is now the ultimate establishment insider.