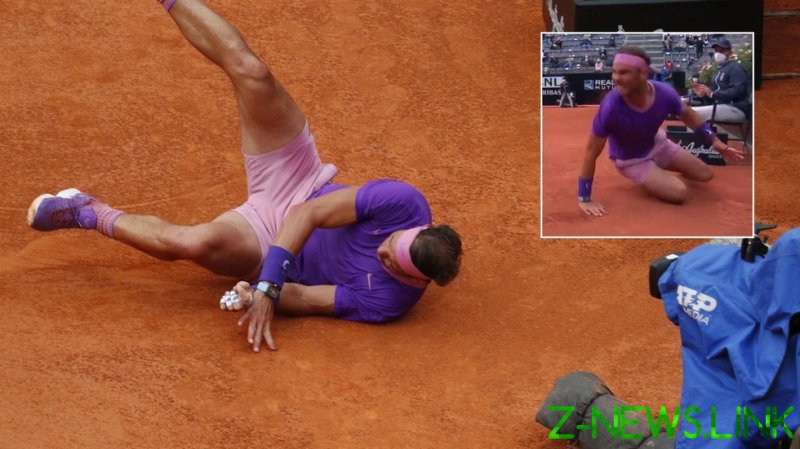 Meeting for the 57th time in one of tennis’s greatest-ever rivalries, it was the Spaniard who emerged victorious as he claimed a battling 7-5 1-6 6-3 victory over the Serbian world number one.

It was an engaging tussle on the red clay of the Italian capital, as Nadal edged a mammoth opening set which lasted 1 hour 15 minutes before Djokovic reasserted himself in the second set.

The deciding set was evenly poised before Djokovic failed to take two break points in the fifth game, with Nadal capitalizing by breaking his rival in the next game and continuing to serve out the match.

The victory moved Nadal to 10 titles in Rome and shuffled him closer to Djokovic in overall head-to-head meetings, which the Serb still leads 29-28 overall.

Sunday’s showdown was the sixth time the pair had met at this stage in Rome, with Nadal now holding a 4-2 lead in Italian Open finals over Djokovic, who remains on five titles to his name at the event. 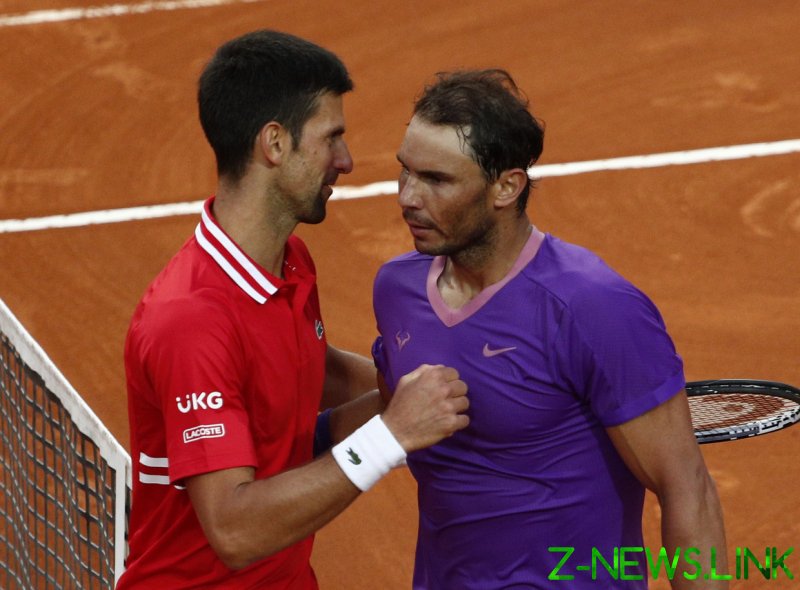 Nadal’s win was not without frustration, however, particularly in the first set when he chased down the ball to hit a stunning passing winner.

The momentum of the shot sent Nadal sliding and then tumbling, as he tossed his racket away and fell to the clay.

Dusting himself off, the Spaniard aimed angry words at the match umpire Carlos Bernardes, blaming the lines on the court for being too high – a problem he had likewise complained about during his quarterfinal clash with Alexander Zverev.

“It’s incredible, the lines… they’re going to kill us in the end,” the 34-year-old reportedly uttered in an outburst which prompted some observers to claim they had “never seen Nadal this angry.”

The victory puts Nadal in good stead to defend his title on the clay courts of Roland-Garros as the French Open gets underway later this month, while the Spaniard also moved level on a record 36 Masters 1000 titles with Djokovic.

The Spanish ‘King of Clay’ has won an unrivalled 13 titles at Roland-Garros, and in last year’s delayed tournament steamrollered Djokovic in straight sets in the final.

A tired Djokovic, 33, had spent nearly five hours on court in Rome on Saturday to complete his quarterfinal with Stefanos Tsitsipas before beating Lorenzo Sonego to reach the final.

The Serb will attempt to rest and regroup before he plans his assault on a potential second French Open title, and the ominous task of somehow stopping Nadal.