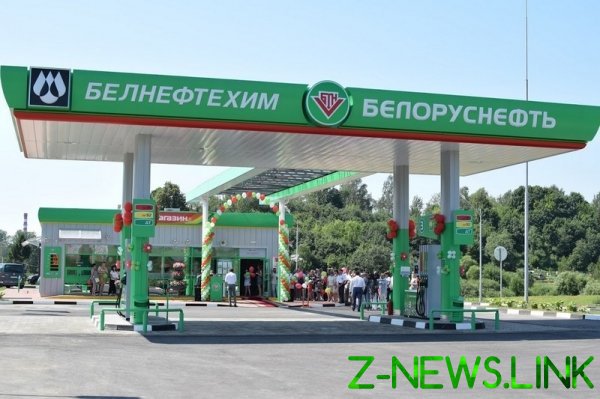 The answer came from “Belneftekhim”. The group was advised by the gas station to optimize costs, to find internal reserves to improve the financial situation and hope to conclude a more favorable oil and gas agreements between Belarus and Russia.

Leaders of the six networks of the gas station appealed to Deputy Prime Minister Igor Lyashenko with the request to harmonize the levels of wholesale and retail prices for petroleum products taking into account sustainable development of gas stations and compliance with the interests of the state. Writes Tut.by with the corresponding letter, the operators appealed to the Council of Ministers a few weeks ago.

Concern about the current situation was expressed by all networks except “Belorusneft”.

March 20 concern “Belneftekhim” after the increase of excise rates on motor fuels has increased the wholesale price of light petroleum (40 rubles per 1 ton), which resulted in a reduction of the specific revenue of the operators from 137 to 97 rubles per ton.

Gas station owners say that the return on sales was negative even at the time of this increase, and after it the economy of all gas stations became unprofitable. Offset these losses with revenue from sales of goods and services of non-fuel group, the message emphasizes, is impossible.

The risk of bankruptcy will reduce costs, which will lead to degradation of the gas station and tank farms in all respects, warn the operators. It is emphasized that due to sales at the gas station contains a tank farm and warehouse storage of liquefied natural gas.

Petroleum product supply due to prolonged operation in the saving mode in 2017-2018, and especially after the recent withdrawal from the segment about a third of the margin of the actively developing segment of the energy industry of Belarus can turn into a financial outsider, from the tax donor of the budget of a potential bankruptcy, said the authors of the letter.

The government instructed the “Belneftekhim” to reply to the letter of the operators. In his message, reminded the group about the tax maneuver in Russia, the implementation of which significantly affect the working conditions for Belarusian refineries, and reduces the level of revenues to the Belarus budget. When world quote of $ 70 for 1 barrel of losses of the Belarusian economy in 2019 will amount to 380 million dollars, according to the “Belneftekhim”.

Moreover, on-former Russian oil companies is not supported Belarus ‘ proposal to reduce the size of the premium in the price formula for supply of pipeline transport in Belarus of Russian oil Urals, the concern noted.

In this regard, the Belarusian Ministry of Finance from 20 March implemented one of the measures of compensation for lost income of the budget increased excise rates on gasoline and diesel fuel, as well as to protect the refinery selling prices on motor fuels by the same amount. To minimize the pressure on the consumer market, retail prices were not increased, the concern noted.

Belneftekhim also noted that in Russia, given the volatility of the oil market and control prices for motor fuel in the domestic market in some periods 2018-2019, the margins of the retail segment was absent.

In this situation, the owners of Belarusian petrol stations suggest “to optimize costs, to find internal reserves to improve economic and financial results of work”. However, in the “Belneftekhim” do not exclude that “over time, pricing can be adjusted,” taking into account agreements in the oil and gas sector. Currently the working group to develop proposals on the further development of Belarusian-Russian integration “leads the discussion of current questions of economic interaction”.