Home / FUNNY NEWS / Network laugh the bear, who appeared at the liquor store

Network laugh the bear, who appeared at the liquor store 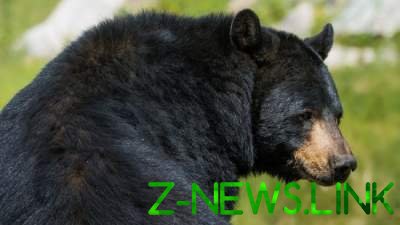 Visit the bear shot by the surveillance camera.

In the U.S. city of Bristol, Connecticut, the staff of the wine store is not allowed to own bear.

Beast wandered the Park and found ourselves at the store. Automatic door reacted to his presence and swung open. He went through them, but couldn’t get in because the sellers had to lock up the second door.

See also:  The Network showed how carrying the motorcade of the President of the United States in the far distance

Eventually the animal was left in the vestibule. Shortly before the store seemed to be the buyer. The gray-haired man carelessly walked into the vestibule, then the sellers took him in and again closed the door. Only then he noticed the predator.

Eventually the bear went away without any intervention. His visit was filmed by a surveillance camera that was installed in the store.

See also:  Insanity grows stronger: in the center of Moscow thousands of Russians staged a queue for free sneakers

Black bear (baribal) – the most common in North America the species. The adult male reaches a length of 1.4-2 metres and weigh up to 360 kilograms. Representatives of this species rarely attack humans.