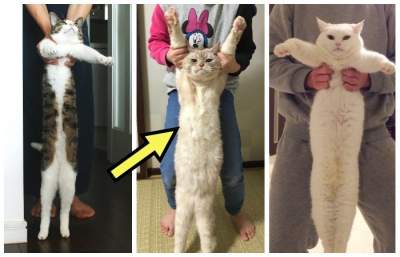 Anyone have a cat long.

People willing to be eternally look at three things: how fire burns, water flows, and all the cats on the Internet. Heed, phantom conspiracy theories sooner or later these furry tyrants seize power over the world. In fact, the process has already started. Started cats with the main social networks. And now in the cat trend is not just pretty pictures, but this Japanese flash mob. Caution: after reading and my cat wants to do exactly the same. 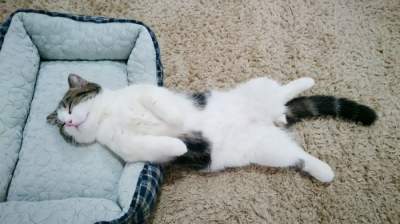 Cats definitely have some super powers that are hidden from our understanding. After all, how else to explain the fact that a reasonable man willing to spend hours staring at your (Yes, even someone else’s) pet, and melt to his every act? Especially in this case succeeded the Japanese. After all, a contemplation of the skill they have perfected over generations. In Japan generally like to notice the small details. So the young Twitter user with the nickname Mittksman noticed in what an extraordinary position sleeping cat of his roommate. Although as we pass, judge for yourself: 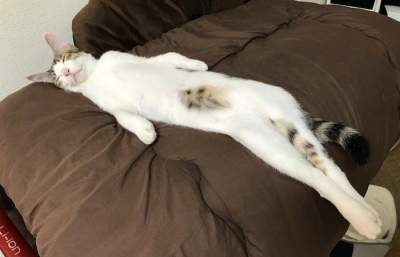 This cat is so sweet, stretched out in a dream that seemed Oh sooooo long. Real giant. Of course, the guy quickly took a photo and posted it to the network. Expected, friends liked the creepy “gutta-percha” cat. So much so that they decided to “stretch” and their cats, in order to compare their length with such an impressive specimen. Boys are boys… 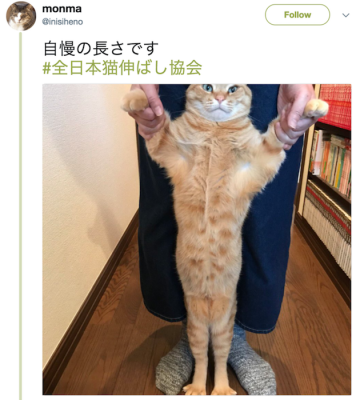 Someone of the guys funny signed photo with your pet with the phrase “Japanese Association of elongation cats.” And then, as they say, rushed. 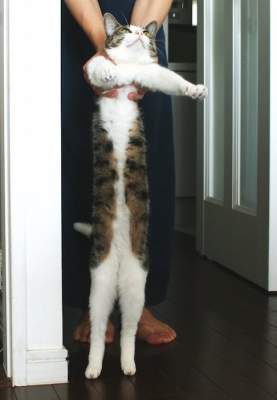 The phrase has become a hashtag and just a couple of days became a top Japanese Instagram and Twitter. For thousands of people post pictures of their cats in the “stretched” state and compete to see who the cat longer. 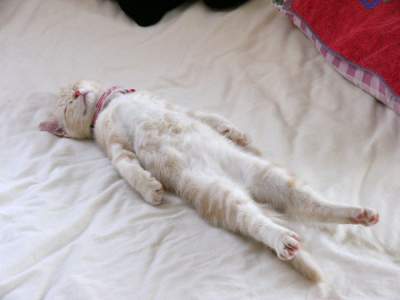 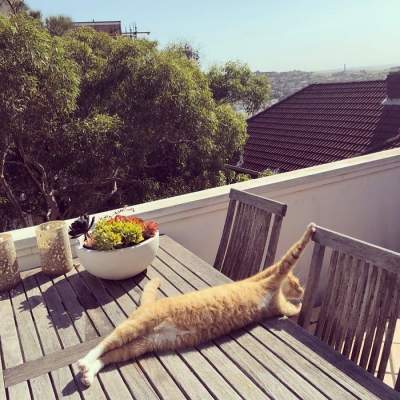 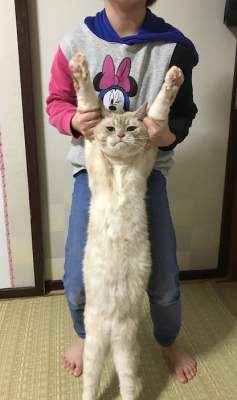 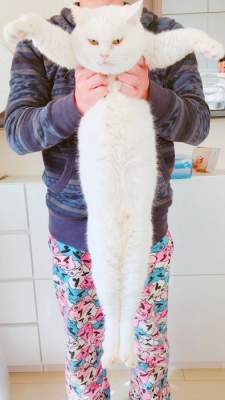 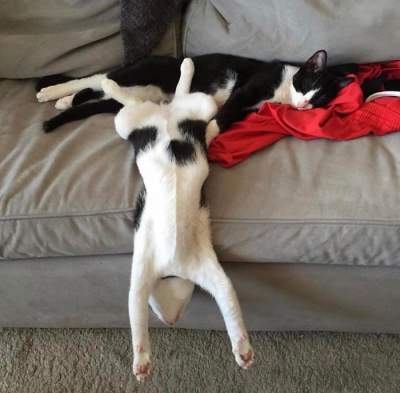