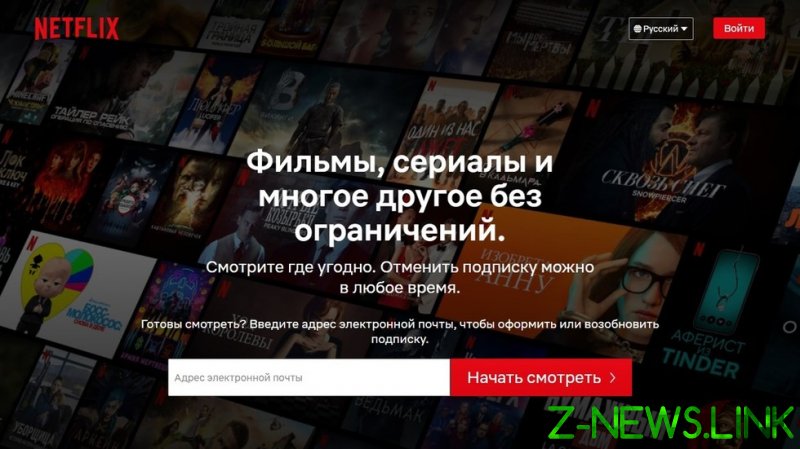 US streaming giant Netflix will not comply with a Russian law that requires all video content providers with over 100,000 daily views to add 20 free-to-air TV channels to their platform. “Given the current situation, we have no plans to add these channels to our service,” a Netflix spokesperson told Variety on Monday.

The entertainment news website called the required package “propaganda channels,” and stated that one of them was “Spa, a channel operated by the Russian Orthodox Church.” The religious outlet it was referring to is called Spas, which means ‘Savior’ in Church Slavonic. The two packages comprising the obligatory set also include several entertainment channels, a children’s cartoon channel, and a music channel.

Netflix localized in Russia over a year ago. Its Russian subsidiary was added to the official list of content providers in late December, after pressure that its competitors put on media regulator RKN. The service had two months to comply with the rules about the 20 must-have channels after that, with the deadline expiring on Tuesday.

Unlike many other Western companies that pledged to stop doing business in Russia due to the ongoing military operation against Ukraine, Netflix will continue to provide services to Russian subscribers, “while monitoring the situation closely,” Variety reported.